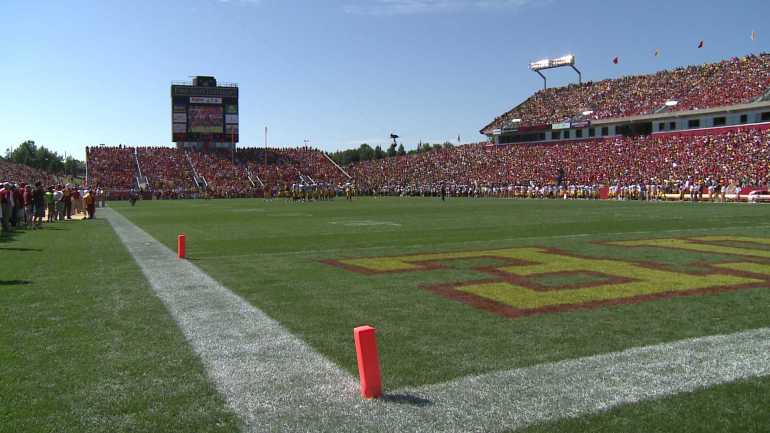 AMES, Iowa – The first two Iowa State football games of the 2015 season have officially been given kickoff times and television assignments.

The Big 12 Conference announced on Monday that Iowa State’s season opener against Northern Iowa is scheduled to kickoff at 7 p.m. on Sept. 5. The game will be played at Jack Trice Stadium and shown on the Cyclones.tv channel on Mediacom. Subscribers to Cyclones.tv can also the view the game online.

In addition, Jack Trice Stadium will host the annual Corn Cy-Hawk Series matchup, as Iowa State will battle rival Iowa on Sept. 12 with kickoff set for 3:30 p.m. The game will be televised on Fox.

By the start of the season, the South End Zone project at Jack Trice Stadium is also expected to be completed. The new renovations will improve the capacity of the stadium to 61,000.

The term "Clapgate" emerged from Iowa's win over Nebraska, and neither side was happy about it.

Mark Freund agrees with Kirk Ferentz that the whole thing is ridiculous.

In this week's FaceOFF, we cover college basketball: Luka's dominance, Caitlin Clark's debut, a rough start for UNI and a hot one for Drake. Plus, Sarah Fuller makes the best kind of history.

John Sears and Mark Freund go back and forth.

Andy Fales says 2020 will go down as one of the worst years in history, but it's not all negative, and it doesn't take long to find the positives.

Fauci: US May See ‘surge upon surge’ of Virus in Weeks Ahead