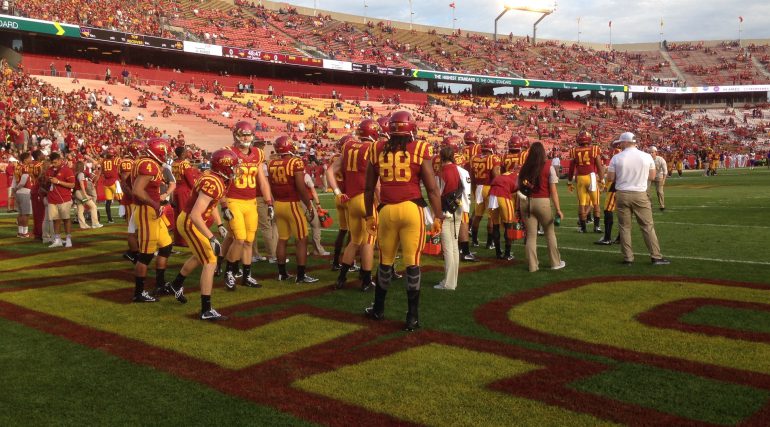 AMES, Iowa — The season-opening game for both the Cyclones and Panthers has proven to be a surprising one thus far as Northern Iowa leads Iowa State 16-13 at the half.

The Cyclones scored their first touchdown of the game and season when Joel Lanning threw a perfect deep ball down the sidelines to Dondre Daley for a 39-yard touchdown in the first quarter. Iowa State took an initial 7-0 lead.

However, Northern Iowa would answer by making an opportunistic play early in the second quarter as Lanning fumbled on his own 16-yard line and UNI recovered. Panther quarterback Aaron Bailey made quick work of the mistake by hitting Tyvis Smith for a 10-yard TD to tie the game.

The Cyclones retook the lead later in the second quarter as wide receiver Hakeem Butler made the play of the first half. Lanning threw an 18-yard fade to Butler and he reached up to snag the ball out of the air with one hand for a touchdown. Iowa State would miss the ensuing extra point to make the score 13-7.

With under two minutes left in the half, Lanning was pressured heavily as he dropped back to pass, stumbled and committed an intentional grounding penalty in his own end zone which resulted in a safety for UNI.

With two seconds left in the second quarter and UNI on the Cyclones 2-yard line, Bailey leaped into the end zone for a touchdown as time expired to make the score 16-13.

The Cyclones receive the ball to start the second half.

Boys State Basketball Tournament field is set by the IHSAA.

DES MOINES, Iowa -- The start of the Iowa Cubs baseball season has been delayed until May.

Iowa Cubs president and general manager Sam Bernabe confirmed to WHO 13 that Major League Baseball is delaying the start of the Triple-A baseball season by a month.

Johnston Residents to Vote in Special Election on School Funding