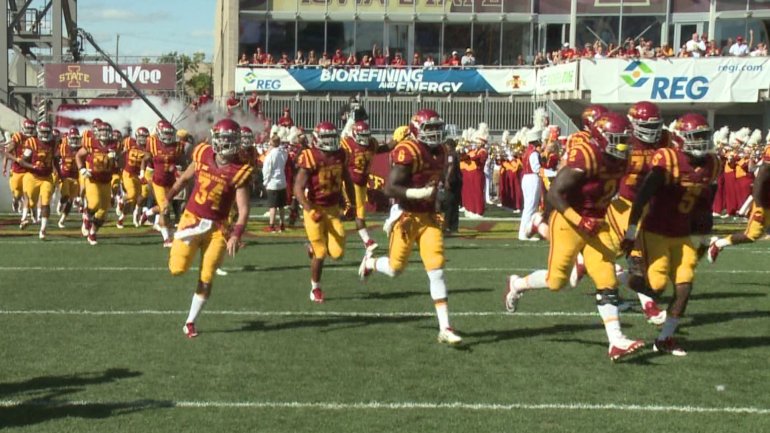 Pierson ranks 11th in the nation in sacks per game with 0.93, and 25th in tackles for loss per game with 1.4. He’s also accumulated 27 tackles, an interception, and a forced fumble this season. His 10 total tackles for loss is the most for a Cyclone defensive lineman since Christopher Lyle posed 13 in 2009. Pierson is only two sacks short of the school’s single-season record of 8.5, which is held by Shawn Moorehead.

Warren has been added to the Doak Walker Award Watch List, which recognizes the nation’s best running back. He has given the Cyclone offense a much-needed boost since he was put into the starting lineup in Week 3 vs. Toldeo and leads all freshman in total rushing yards with 797,

Since Iowa State’s matchup with the Rockets, Warren has posted the third-best average in the nation for rushing yards per game with 153.8. The Lawton, Oklahoma, native has four 100-yard rushing performances in his last five outings. He currently ranks 19th in country in both yards per game with 113.9 and yards per carry with 6.6.

IOWA CITY, Iowa (AP) — Tyler Goodson ran for 87 of his 111 yards in the second half and Zach VanValkenburg recovered Adrian Martinez’s late fumble to secure Iowa’s 26-20 win over Nebraska on Saturday.