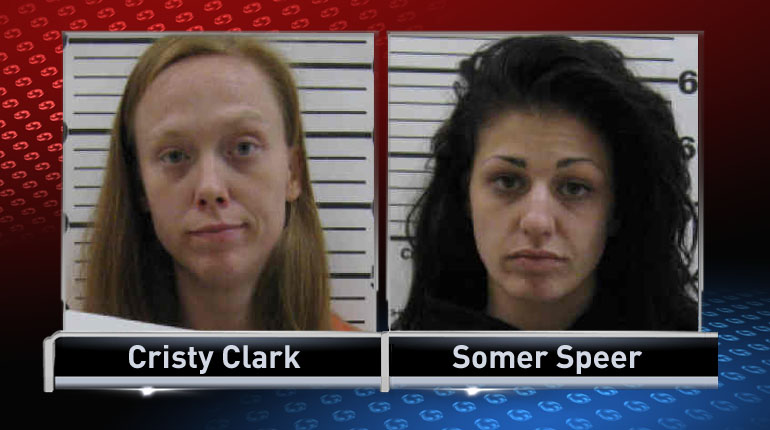 According to a police report, Newton officers were notified on Oct. 26 that a 4-year-old tested positive for drugs.

Police also found a 9-year-old in Speer’s care that tested positive for methamphetamine.

According to the report, Clark, Speer and two other adults tested positive for methamphetamine.

Speer admitted to using drugs while caring for the children, the report says.

Clark is being held at the Jasper County Jail on $7,500 bond. Speer has since been released.

"If it gets cold enough they might be looking for a space heaters, gloves, heavy winter gloves, that sort of thing," said Steve Anderson, Assistant Manager for O'Donnell Ace Hardware on University, in Des Moines. "Generally we start getting road condition reports they're looking for that ice melt, we do a lot of volume of ice melt during bad weather."

WEST DES MOINES, IOWA -- The West Des Moines Police Department say the deaths of a husband and wife found dead in their home this week were the result of a murder-suicide.

The bodies of Dana Fortugno and Justine Fortungo were found in their home on in the 1300 block of S. 100th Street on Wednesday morning. Police had previously said there was no danger to the public.

Pelosi against push to ban stock trading by lawmakers

WASHINGTON (NEXSTAR) — The push to ban members of Congress from trading stocks is picking up steam on Capitol Hill, but the effort faces one major hurdle: the opposition of Speaker of the House Nancy Pelosi.

Despite growing calls to ban sitting members of Congress from trading stocks, Pelosi, D-Calif., pushed back.

Dog chews off own leg in fight for survival

Pelosi against push to ban stock trading by lawmakers