NEVADA, Iowa — The prosecution continues its case against the man charged in a fatal shooting at a Coralville mall last June. Alexander Kozak is accused of fatally shooting Andrea Farrington at Coral Ridge Mall on June 12.

Officials said that Farrington and Kozak were in a “texting relationship” and Farrington ended it the day before the shooting.

Eyewitnesses testified Friday morning describing the moments before and after gunshots rang out in the mall’s crowded food court. Several witnesses described Kozak leaving the crime scene while in possession of a gun.

“He was extremely calm. There was an eerie calmness about him as he walked. It was scary,” witness Kevin Elliott said about Kozak.

Kozak shot Farrington three times in the back at close range.

“She was scary … she was scary white,” Dorian Potter said. “I’m sorry it’s the only way I can describe it. And I just, her eyes, her pupils were dilated. And she was just staring at me. That’s all I can see.”

Just about every witness struggled to recount the night Farrington was shot.

Rudy Rodriguez said he came face-to-face with Kozak moments after the shooting.

While nearly everyone from the area quickly fled the scene, others rushed to help the 20-year-old.

An Army medic and a nurse, who worked at the mall, did CPR and tried to stop the bleeding until help arrived.

Jeff Carew was one of the first witnesses at Farrington’s side said she was alive when he reached her, but she was barely breathing.

Body camera video from one of the police officers first on the scene shows bystanders giving her aid, telling her to hold on and fight.
Farrington alive, but she was struggling to live.

“She was gasping,” Potter recalled.

“Her eyes were kind of looking up like rolled up. She was breathing, but she was struggling. I could hear her like kind of gurgling.  I could hear the blood within her,” Carew said. “I said, ‘Hey, I’m here to help ya. If you can hear me, squeeze my hand back.’ And I squeezed her hand, and she did not respond back to my squeeze.”

Kozak’s defense attorneys are not disputing that he was the shooter but are asking jurors to return a verdict other than guilty claiming Kozak suffers from a mental illness.

The trial, which was moved to Story County from Johnson County due to pretrial publicity, is expected to last about two weeks. 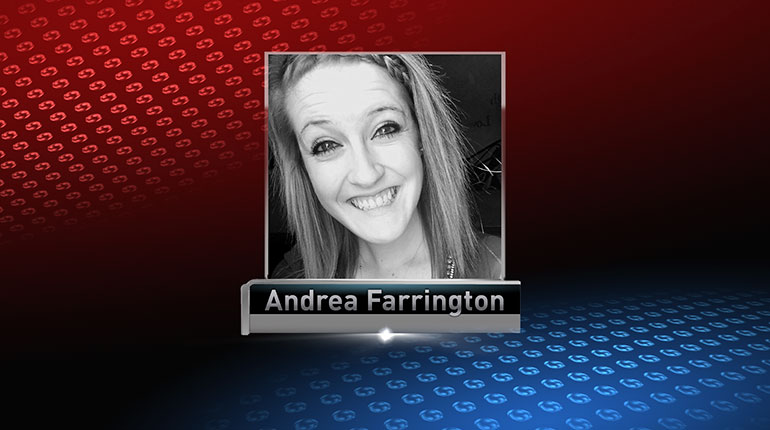 Body found in river in Worth County identified