Cheryl Farrington said she collapsed after hearing her 20-year-old daughter Andrea had been shot and killed while working at Coral Ridge Mall on June 12 last year.

“They said she'd been shot three times in the back and one of them pierced her heart and they were never able to get a heartbeat,” Farrington said.

She said she had heard of the shooter. Andrea told her she was interested in someone named "Alex.”

Cheryl Farrington described her daughter as bubbly and bold.

“You knew she liked you if as you left, she smacked you on the butt,” she said.

On Tuesday, the jury got to hear some of the 8,000 texts that were sent between Farrington and Kozak during their relationship. Coralville police Officer and detective Rich Smith described them as ranging from "idle chit-chat to flirting" every day non-stop. 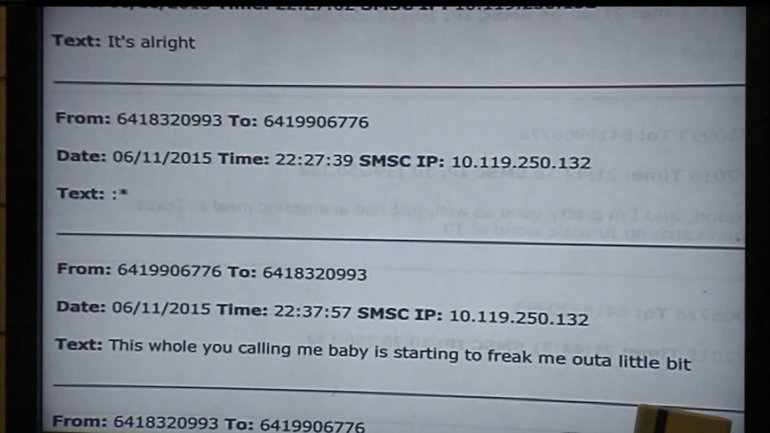 Farrington’s last message to Kozak read, “Fine bye" on June 12 at 6:39 p.m. She sent it after he got upset when she told him she was interested in someone else.

The shooting inside Coral Ridge Mall was less than an hour later.

But Farrington wasn't the only person Kozak was texting. Jessica German met Kozak through social media, and she testified Tuesday saying that Kozak texted her the day of the shooting. He said he was "on the verge of snapping" and planned to go home, get his Glock and shoot Farrington. 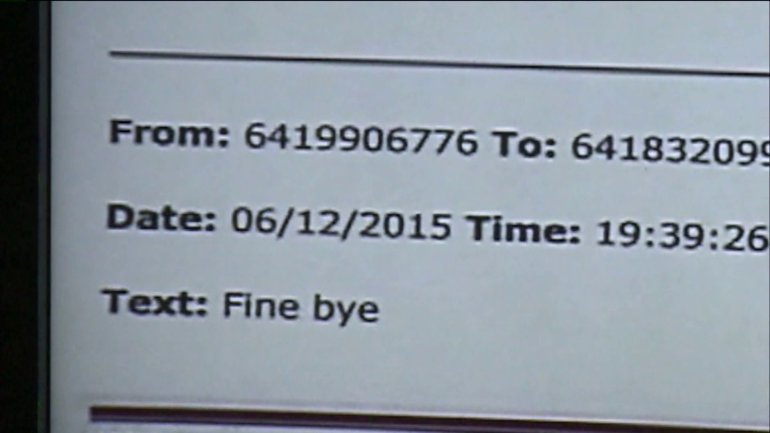 “I've heard people say things that like before but I didn't actually think he meant it. I thought he was just joking around, was just saying it because he was frustrated,” German said.

Kozak claimed he was "tired of her games" and "tired of being her little puppet."

Kozak was picked up by a deputy after he fled the mall following the shooting. Kozak admitted to shooting Farrington.

Trooper: “What was your relationship with her?”

Kozak:  “It was a sick and twisted thing.  (Inaudible) We had a relationship.”

The state introduced some of the texts exchanged between Farrington and Kozak to try to show the crime was premeditated. Kozak's defense isn't disputing that he killed Farrington, but claims it wasn't first-degree murder.

The trial is taking place in Nevada because of pre-trial publicity.

Channel 13’s Jannay Towne is covering the trial and will update with more details as the trial progresses.

Related: Farrington Reported Kozak Made Her ‘Uncomfortable’ at Work Before Shooting

The Pandemic Emergency Unemployment Compensation (PEUC) program was created by the federal CARES Act. It provides an additional 13 weeks of unemployment benefits to anyone who has exhausted their 26 week maximum state aide.