IOWA CITY, Iowa — The director of the University of Iowa’s Department of Public Safety is accused of interfering with a drunk-driving investigation after leaving a bar with his stepson.

The incident happened in June but was first reported by the Associated Press after documents were being withheld from the public for months, Ryan Foley reports.

According to authorities, 33-year old Sean Crane was drinking at the Eagles Club in Iowa City on June 25. Crane was there with his stepfather David Visin, the university’s police leader. 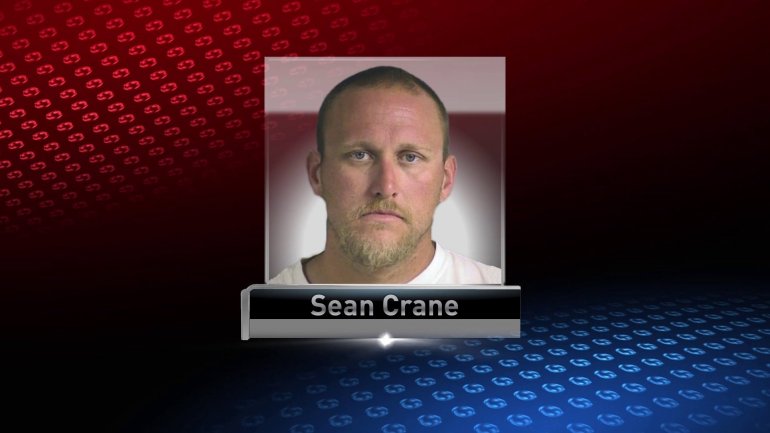 Witnesses told police Crane crashed his truck into two cars. He even fell out of the truck during the incident. Both Crane and Visin left the scene.

While officers were searching for Crane after the crash, an officer was speaking with Visin on the phone in attempts to get him to pull over.

Visin allegedly refused and continued driving because he said he wanted to drop off a trailer he was pulling. Authorities say that’s when he dropped Crane off at a gas station. Police later located Crane walking along the road at the corner of 500th Street SW and Oak Crest Hill Road SE in Riverside.

According to the incident report, Crane was only wearing shorts and had an obvious wound on his back. Police said it was from falling out of the truck earlier. His blood-alcohol level was reported as nearly twice the legal limit.

Authorities spoke to Visin later that night and had few answers, according to a police report. The report reads in part:

“At no point did Visin offer any explanations to his actions other than he wants Sean out of his truck, he didn’t know what was going on, he didn’t want any part of this, and that he wanted to get the trailer home.”

The officer also noted in the report that he “told Visin I thought he was lying and that he deliberately interfered with my investigation.”

The University of Iowa released this statement to Channel 13:

“Dave Visin, interim director of University of Iowa Public Safety, disclosed information regarding the incident with his stepson to Rod Lehnertz, senior vice president for finance and operations, shortly after it occurred. The UI is not aware of any charges filed against Interim Director Visin.

The senior vice president for finance and operations was just filled on a permanent basis at last week’s Board of Regents meeting. Decisions regarding the interim positions which report to the senior vice president have been on hold until the position was filled. No specific timeline has been established for decisions regarding those interim positions.”

ROCKTON, Ill. — Emergency crews are on the scene of a massive fire at a chemical plant in Rockton, Illinois.

The fire started around 7 a.m. Monday at Chemtool Incorporated, located at 1165 Prairie Hill Road.  The company manufactures fluids, lubricants and grease products which are distributed worldwide.

DES MOINES, Iowa — The latest numbers from the Iowa Department of Public Health show no additional deaths from COVID-19 have been reported and there are 110 new cases of the virus in the state.

The new numbers reflect testing reported on the IDPH’s COVID-19 website between 2:00 p.m. Sunday and 10:00 a.m. Monday. The newly reported positive cases and deaths may not have occurred during that time period, as the state has been adding backdated test results into the data.