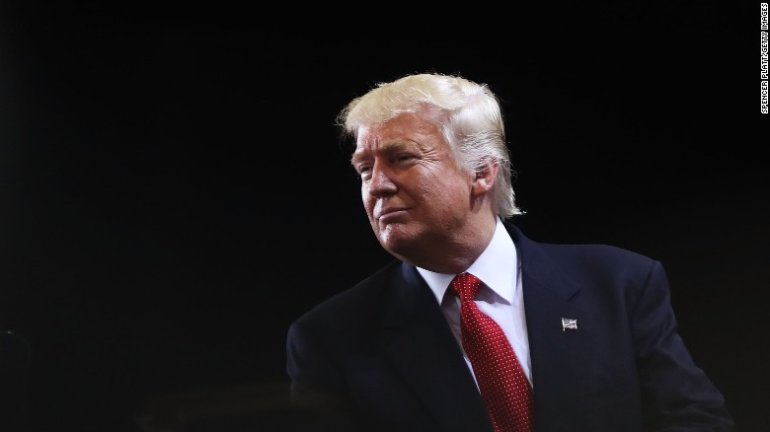 DES MOINES, Iowa — Republican presidential candidate Donald Trump will return to Iowa for a rally Sunday afternoon and will arrive with some of his best poll numbers in Iowa this election cycle.

Trump will hold a rally at the Sioux City Convention Center at Noon on Sunday.  This evening a Des Moines Register Iowa Poll showed Trump with a seven-point lead over Hillary Clinton, 46 to 39.

Just one week ago a poll from Quinnipiac University showed the race was tied between the two presidential contenders.

Iowa could be a must win for Trump on Election Day. He has a narrow path to victory according to most poll watchers.

DES MOINES, Iowa -- One person was taken to the hospital after a helicopter crashed near Des Moines International Airport Friday evening. The helicopter went down around 7:30 p.m. near Highway 28 and Army Post Road, according to the Des Moines Fire Department. Authorities say the only occupant of the helicopter walked away but was later taken to the hospital with non-life-threatening injuries. The Des Moines International Airport Fire Department…

DE SOTO, Iowa -- A De Soto teen has been found safe after she went missing nearly a week ago. Sixteen-year-old Lillian Dhabalt was located and is safe, the De Soto Police Department announced Friday. Lillian went missing last Saturday in De Soto. Arrangements are now being made for her return home. "The De Soto Police Department would like to thank all the hard work and long hours that were put…

Rep. Ako Abdul-Samad Asks Police and Protesters to Try to Understand Each Other to Make Progress

Rep. Ako Abdul-Samad Asks Police and Protesters to Try to Understand Each Other to Make Progress