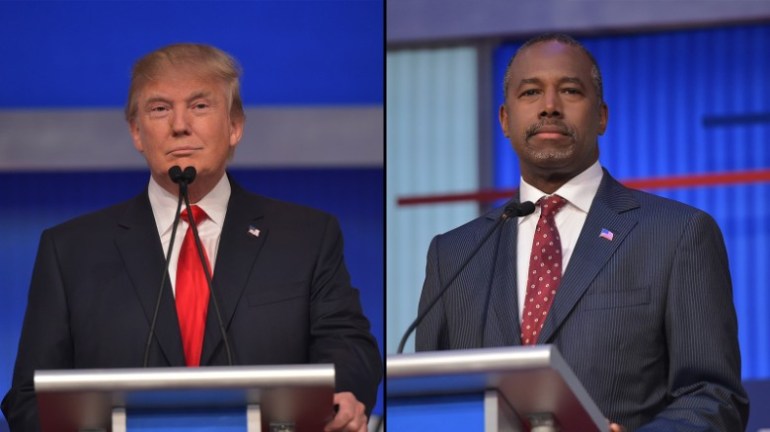 Donald Trump said Thursday that Ben Carson’s self-described “pathological temper” is incurable — adding that it’s like the sickness of a “child molester.”

In his 1990 autobiography, “Gifted Hands,” Carson attributes violent behavior in his youth to his “disease,” a “pathological temper” that the Republican presidential hopeful said caused him to strike one friend with a rock and attempt to stab another. In subsequent accounts of his violent youth, Carson said he once attempted to attack his mother with a hammer.

Carson has used the story of overcoming his temper as the cornerstone of a remarkable life story, which took him up from poverty in Detroit to Yale, where he began on a track that would make him one of his generation’s most respected and accomplished neurosurgeons.

“When he said he hit a friend of his in the face with a lock, with a pad lock, right in the face, I say, ‘Whoa,’ that’s pretty bad,” Trump said in the interview. “And when he said he stabbed somebody with a knife but it hit a belt buckle — I know all about knives and belt buckles. Belt buckles aren’t gonna stop because they can turn, they can twist … they’re not solid especially if somebody’s got a couple extra pounds on them.”

Asked by Burnett if he were satisfied by Carson’s assurances that he left his anger long behind, Trump demurred.

“I just don’t know,” he said. “You’ll have to ask him that question. Look, I hope he’s fine because I think it would be a shame. What he’s saying is these things happen. It’d be nice if he said none of these things did happen. He’s saying these things happen and therefore I have credibility. And what I’m saying is, I’d rather have them if they didn’t happen. I don’t want somebody who hit somebody in the face with a padlock.”

“Mr. Trump likes Dr. Carson, but Mr. Trump has resentment when he sees Dr. Carson rise,” top aide Armstrong Williams told CNN. “He lashes out like he did tonight and resents Dr. Carson’s continued rise and Dr. Carson (getting) the attention of the press and American people.”

Windy with a mix of sun and clouds Precip: 10%