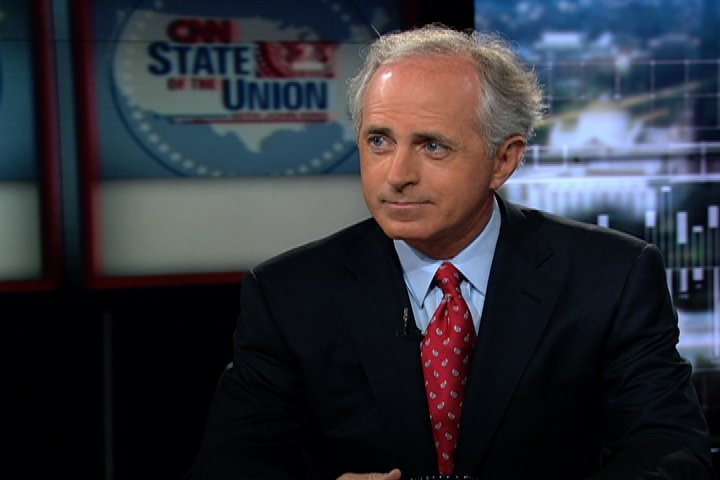 The top Republican and Democrat on the Senate Foreign Relations Committee said Tuesday they have resolved key differences on the bill regarding Iran’s nuclear plan, meaning that passage of the bill through the chamber looks more certain.

“What I’m most proud of is we’ve kept the pure integrity of the process in place and the President cannot lift, while Congress is reviewing this, cannot lift the congressionally mandated sanctions, which is what they’ve been trying to do and push for over the past couple of weeks,” Corker told reporters as he headed into a classified briefing on the emerging Iran agreement with Secretary of State john Kerry and other top administration officials.”While Corker said that “no one should ever count their chickens before they hatch,” he expressed optimism that when the bill comes up for a vote in the committee later Tuesday it would pass, as expected.

According to a Corker aide familiar with the details of the bill, it requires the President to submit the final agreement to Congress, which will have up to 52 days to review and approve the deal. That includes an initial review period of 30 days, with 12 more days added automatically if Congress passes a bill and sends it to the president and an additional 10 days of congressional review if Obama vetoes the legislation.

But while passage of the bill through the committee is expected, there’s no sign that the White House will reverse its opposition to the measure. A top Senate Democratic aide told CNN on Tuesday that the Corker-Menendez Iran bill likely has veto-proof support now that Corker and Cardin have reached this agreement.

That’s because the agreement should bring additional Democratic senators to vote for it when it is considered on the floor in the coming days, the aide said.

If the deal is submitted late, after July 9, the review period reverts to 60 days.

During that time, the President is prohibited from waiving the congressional sanctions. And Obama is required by the legislation to certify to Congress every 90 days that Iran is complying with the terms of the deal.

The bill also requires the President to make a series of detailed reports to Congress on a range of issues, including Iran’s nuclear program, its ballistic missiles work, and its support for terrorism globally, particularly against the U.S. and its allies.

Sen. Ben Cardin, the top Democrat on the committee, had expressed optimism Monday night that negotiators could come to an agreement that would appease the White House while maintaining the ultimate goal of requiring congressional approval.

“I think we can get to a place where we can deal with most of the White House’s concerns and maintain the purpose of the bill, which is an orderly congressional review and timely notice if there are material breaches,” he said.

But other Democrats were less optimistic Monday night. Delaware Democratic Sen. Chris Coons said he’s had a “series of conversations with representatives of the administration, and my impression is they remain opposed to the bill.

“In fact, I think they remain strongly opposed to the bill,” he added.

Coons has an amendment to the bill that shortens the congressional review time to 30 days, in an attempt to appease Democratic critics and the White House. But even so, Coons said it was “entirely possible” — even “likely” — that the bill could draw support from Senate Democrats while the administration remains opposed.

Congressional negotiators worked through the weekend and into the night Monday to hammer out legislation that would draw enough support from hardline Republicans and moderate Democrats to pass. House Speaker John Boehner on Tuesday said he expected the House to take up the Corker bill once the Senate votes on it, saying the proposal has taken “center stage.”

He reiterated his stance that Congress should “absolutely have the opportunity to review the deal,” adding the administration “appears to want a deal at any cost.” But he brushed off the notion that he was working to derail the nuclear deal.

COLLEGE PARK, Md. (AP) — The women’s basketball game between No. 7 Maryland and Iowa, scheduled for Thursday night, has been postponed because the Hawkeyes don’t want to travel with the inauguration being held one day earlier.

Iowa was scheduled to fly into Baltimore-Washington International Airport on Wednesday night. But Maryland posted news of the postponement on Tuesday night, noting, “Out of caution due to Wednesday’s inauguration activities in Washington, D.C., Iowa made the decision to not travel to Maryland.”

DES MOINES, Iowa -- The Mega Millions top prize has climbed to an estimated $865 million, the third-largest jackpot in U.S. history.

DES MOINES, Iowa -- Iowa lawmakers are taking on gender identity in the classroom and it's already making local organizations voice strong opinions. One organization says a new bill in the Iowa Senate could cause harm to LGBTQ youth.

At face value, pronouns like him, her, they and them seem harmless. "Asking about somebody's pronouns is really just figuring out how to respectfully address them," said Keenan Crow, the director of Policy and Advocacy at One Iowa.