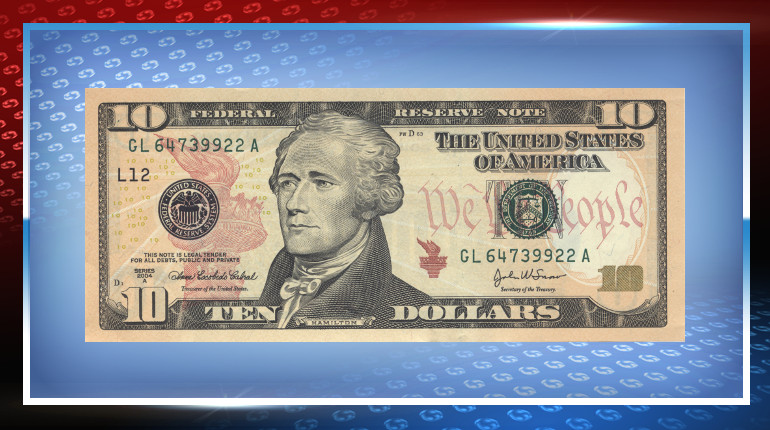 Andrew Jackson is safe for now, but Alexander Hamilton is getting a makeover.

While one advocacy group is calling on the government to replace President Jackson with a woman on the $20 bill, it’s actually the $10 note that’s up next for a redesign.

A new $10 bill is on track to enter circulation in 2020, a Treasury Department spokeswoman said Friday.

It will be the first to have a raised “tactile feature,” making it easier for people who are blind to identify the cash, according to a Treasury Department document outlining redesign plans from 2013. The spokeswoman confirmed that the information in the report still stands.

She would not comment on whether or not the redesign would include a new portrait of Hamilton or anyone else for that matter.

Some changes to the bill are aimed at making it harder for crooks to make counterfeit money. All bills are changed every so often for this reason, and security threats largely drive the schedule for redesigns.

One reason the $10 bill was selected as the first to get the raised feature is because it is frequently used and has a low production volume, allowing for a smooth transition, the report says.

The advocacy group, Women on 20s, is petitioning the president and Congress to put a woman on the $20 bill. It has a list of 15 candidates to replace Jackson and people can cast a vote for their favorite on its web site.

DES MOINES, Iowa -- After its meeting Monday night, the Des Moines School Board could have a start date for hybrid learning in the district.

Currently, district schools are not in compliance with the state as they continue to have most students learn 100-percent online. The district says this is in the best interest of students by keeping the risk of transmitting COVID-19 low.

OMAHA, Neb. (AP) — A white business owner charged with manslaughter for fatally shooting a Black man during protests in Nebraska has died by suicide days after his indictment, his attorney said Sunday.

Jacob Gardner, of Omaha, Nebraska, was found dead Sunday outside a medical clinic in Hillsboro, Oregon, the Hillsboro Police Department said in a news release. His attorney, Stu Dornan, said in a news conference Sunday evening that Gardner's death was a suicide.

ATLANTA (AP) — Joe Biden is using a campaign cash advantage over President Donald Trump to add Republican-leaning Georgia and Iowa to his paid media footprint, bringing the Democratic challenger’s television and digital battleground map to an even dozen states.

The expansion reflects Biden’s newfound status as a fundraising behemoth and his campaign’s longstanding promise to set up “multiple paths” to the 270 electoral votes required to win the presidency.