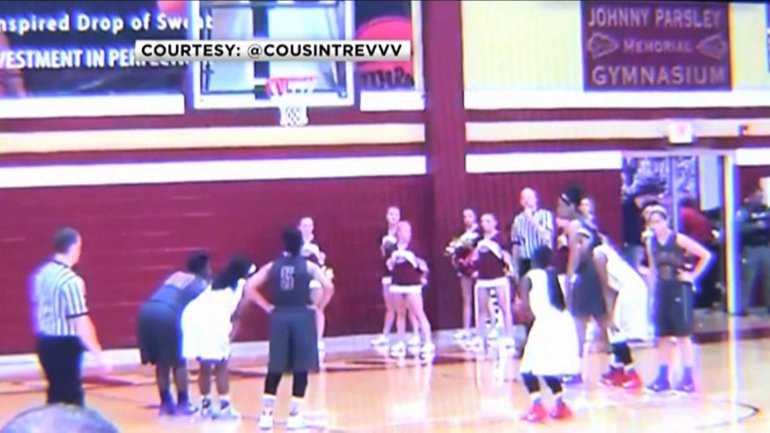 “I haven’t seen this happen in the 20 years I’ve been here,” said Bernard Childress, executive director of the TSSAA.

A referee noticed something unethical on the court from the beginning, according to Childress in a letter to Rutherford County administrators. He reported slow play, intentional turnovers and line violations.

The referee said players were even being instructed to shoot in the opponent’s basket.

Trevor Goodson works as a basketball analyst for Insider Exposure. He shot cell phone videos at the consolation game on Saturday. He told Channel 4 he “absolutely” believes the teams threw the game. In one video, girls can be seen missing free throws.

Officials said both teams wanted to avoid playing Blackman High School in the regional semifinal, which is an elimination game.

Some parents said they understand the teams’ motives. As a top-ranked team, Blackman High School is widely considered a powerhouse.

“I see why they did it because some of these schools are getting so powerful,” said David Sanders, whose daughter plays for Lincoln County High School.

But Sanders said he still believes these actions go against what high school athletics represent.

“You should teach your kids to win the ball game and not to be dodging things in life,” he said.

“In life, you’re going to have some challenges,” Childress said. “You have to accept them and move forward.”

Childress called the situation a travesty and a mockery. He holds both players and coaches responsible.

“We were shocked when we heard about the situation, but even more so disappointed in what was going on for the game,” Childress said.

Principals of both schools came to TSSAA headquarters for a meeting on Monday morning. Each school will reportedly face a total of $1,500 in fines and will be banned from the post-tournament series.

Both schools will stay on probation for the next school year.

A spokesperson for Rutherford County Schools said administrators expect to take action against both coaches. The principal of Riverdale High has already suspended the coach for the first two games of next year.