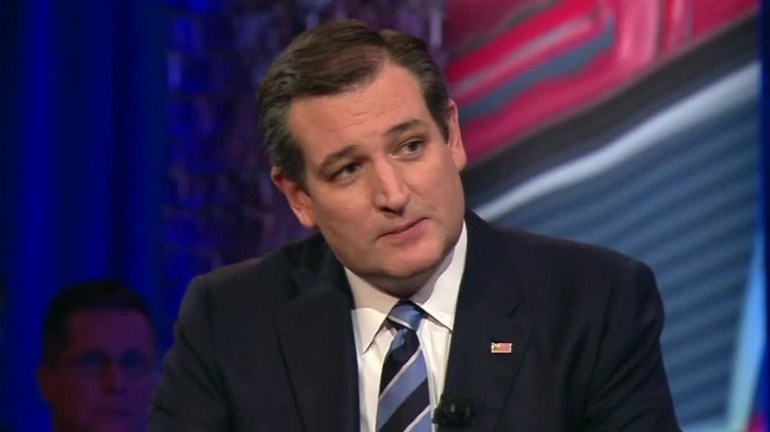 As President Barack Obama arrived in Havana on Sunday Ted Cruz slammed the president’s visit, calling it “so sad, and so injurious to our future as well as Cuba’s, that Obama has chosen to legitimize the corrupt and oppressive Castro regime with his presence on the island.”

In a Politico op-ed the Republican presidential candidate said the administration’s actions have “[created] a channel for inside deals between large corporations and the Cuban military, which holds all the keys to the island’s economy.”

U.S.-Cuba relations are personal for Cruz, whose father was born and raised in Cuba. The Texas senator frequently speaks about his father Rafael’s imprisonment during the pre-Castro Batista regime.

Cruz wrote that Obama’s visit sends a message to political prisoners in Cuba that “the world has forgotten about you.”

“There will be no mojitos at the U.S. Embassy for them,” the Texas senator wrote, jabbing Obama’s visit, which included a formal welcoming ceremony and a state dinner at the Revolutionary Palace.

Cruz later said that as president he would not visit Cuba under the same political conditions.

“I cannot wait as president to visit Cuba,” Cruz said during a campaign event in Arizona. “But when I visit Cuba it will be a free Cuba. It will be a Cuba without Raul Castro, without Fidel Castro and I can’t wait to celebrate with the people of Cuba 90 miles off America’s shore.”

“You know today is a sad day in American history,” Cruz said. “For decades leftists and Hollywood liberals have made the pilgrimage to Cuba to pay homage to Fidel Castro and Raul Castro. It’s very chic, it’s very chichi for leftists to celebrate vicious communist dictators.”