BEIJING, China — For a grieving father, the long quest for justice is one step closer to being over.

Nearly 10 months after his daughter was found strangled to death in Iowa, Shao Chunsheng has learned that Chinese police have arrested the prime suspect in the murder.

“They finally caught him. I feel relieved,” said Shao, in a telephone interview with CNN.

Police in Iowa say Li, a former University of Iowa student, has long been suspected of killing his girlfriend Shao Tong, who was a student at Iowa State University. 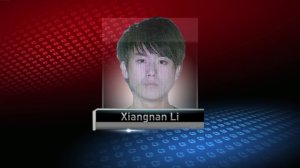 Chinese authorities accuse Li of strangling Shao to death in the early morning of September 7 after arguments over their relationship.

Shao was first reported missing on September 17, 2014. It wasn’t until September 26 that police in Iowa found her body, stuffed in the trunk of her own car.

By then Li, declared a “person of interest” and sought for questioning by authorities in Iowa, had already bought a one-way ticket and fled back to China.

It has been nine months since Shao was notified of the death of his only child.

Last February, Shao gave an exclusive interview to CNN in the hope of forcing investigators in China and the U.S. to collaborate more in the search for Li.

China’s Ministry of Public Security says Li turned himself in to police on May 13, in Wenzhou, the eastern Chinese city where he and his family live.

That day police placed him into criminal detention, according to a press release posted on the website of the Ministry of Public Security.

There is no extradition treaty between the nations, and the likelihood of China handing Li over for questioning — when he could be found — was slim, legal scholars told CNN in the spring.

At the invitation of U.S. law enforcement, Chinese authorities sent an investigative group to the U.S. to gather evidence in early June, according to the Ministry of Public Security.

Chinese and American investigators studied the crime scene and questioned certain witnesses. The U.S. authorities handed over evidence, documents and video materials to the Chinese delegation.

Shao told CNN he was told by Wenzhou police that they had been monitoring Li’s movements since early April.

“They located him but sometimes he disappeared,” Shao said.

According to Shao, Chinese officials said they couldn’t arrest Li at the time because they had yet to receive evidence from their U.S. counterparts.

An arrest warrant was issued in late April, according to Shao. He learned that Li’s parents accompanied him when he turned himself in on May 13.

But it wasn’t until last week that Shao learned about the arrest. The next day, he was summoned to Wenzhou to conduct DNA tests.

“I didn’t see Li Xiangnan,” he said. “I was not allowed to and I didn’t want to. Seeing him would have been too much to handle.”

Shao said police in Wenzhou will need to further verify the evidence, and police told him they hoped the investigation would be finished in two months.

When reached by CNN, the Wenzhou Public Security Bureau declined to give further details about this case.

Shao said he was told that Li would be put on trial in China, instead of being extradited to the U.S.

“I’m truly grateful that Chinese and U.S. authorities came together and solved the case eventually.”

Wang Xilu, the former president of Chinese Students and Scholars Association at Iowa State University who helped facilitate communication between the Shao family and the university, told CNN he was excited by the news.

“I knew the day would come when justice would be done.”

Although he still has sleepless nights due to grief, Shao said some of his depression has lifted.

“A Chinese saying goes, ‘A murderer should pay for his crime with his life,” he said.

“I hope Li will be brought to justice.”