DES MOINES, Iowa — Just before 4 p.m. Thursday shots were reportedly fired during a road rage incident that began near the 5000 block of NE 14th Street in Des Moines.

Polk County Deputies were called to the 1000 block of NE 50th Avenue on reports of gunfire.  When deputies arrived they discovered a single vehicle accident.  A vehicle had entered the ditch and struck a fence on the property of Goode Greenhouse located at 1050 NE 50th Avenue.

Deputies were told that an argument had taken place near the Motel 6 and both vehicles left, one following the other.  The suspect vehicle, described as a 2015 Toyota Camry with Iowa plate DMK905 was followed by a vehicle driven by the victim.

No one was injured during this incident.  The suspect vehicle was driven by a white female driver and occupied by two black male passengers.  The suspects are considered armed and dangerous. If anyone has any information related to this incident or observes the suspect vehicle involved we ask that you do not approach, you should contact your local law enforcement agency or Polk County Crime Stoppers.

Officials released the following photo of the suspect vehicle involved. 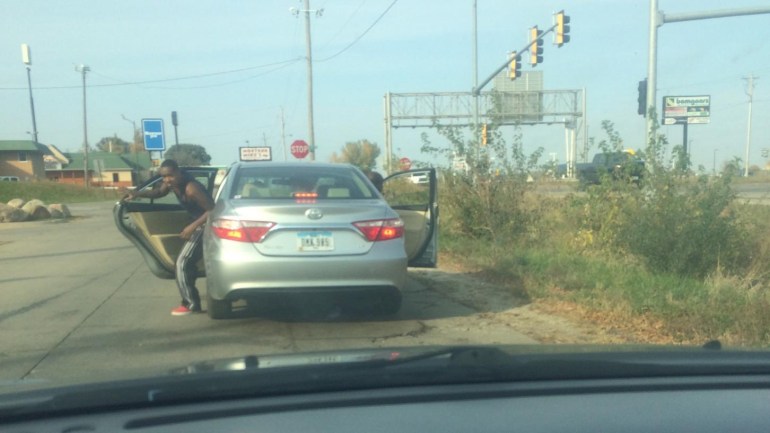 Kalscheur said on Twitter he was excited about “the next chapter and fresh start” for his college career with the Cyclones.

GRUNDY CENTER, Iowa -- An Iowa State Patrol trooper is dead after a standoff in Grundy Center, the Department of Public Safety announced Saturday.

Authorities identified the trooper as Sgt. Jim Smith, a 27-year veteran of the Iowa State Patrol.