DES MOINES, Iowa — A Texas man has been arrested in the investigation into a winning Hot Lotto ticket worth more than $16 million.

The arrests are linked to a HotLotto ticket purchased at a Des Moines Quick Trip in 2010. The ticket went unclaimed until just hours before it expired when an attorney who claimed to represent the winner came forward. He refused to identify the winner or answer questions about the transaction then withdrew the claim.

The Iowa Division of Criminal Investigation and the Iowa Lottery have been investigating the case since. 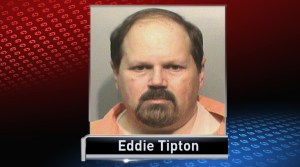 Tipton worked for the Multi-State Lottery Association, a vendor of the Iowa Lottery. Because of his work, he is prohibited from playing the lottery. He is believed to have bought the ticket.

Assistant Director of the DCI Dave Jobes says Tipton attempted to claim the prize with the assistance of others. One of those “others” was Rhodes. Officials say Rhodes had a long-time professional relationship with another man involved in the case, a Canadian named Philip Johnston.

Johnston originally contacted the Iowa Lottery to claim the prize but the lottery says his account of how the ticket was bought was not consistent with the facts of the case. At this time, Johnston is not facing any charges in the case.

Rhodes was arrested Friday in Texas and is being held in the Fort Bend County Jail on a bond of $500,000 while he waits for extradition to Iowa.

Iowa Lottery officials say the arrests are proof that their security measures work.

“There is a lot of security built into every lottery ticket that is sold. That is how we know where they were purchased and when they were purchased. That security is a built in protection for us and the people buying the ticket,” said Mary Neubauer, a spokeswoman for the Iowa Lottery.

Tuesday at the Iowa State Fair

NBA: No games on Election Day

What Roger saw at the Fair on Tuesday

Man charged with murder after turning himself in …

Why 208K borrowers will have student debt erased

Ball-hawking defense is out to make Iowa best in …

Tuesday at the Iowa State Fair

Win Tickets to the Eagles!