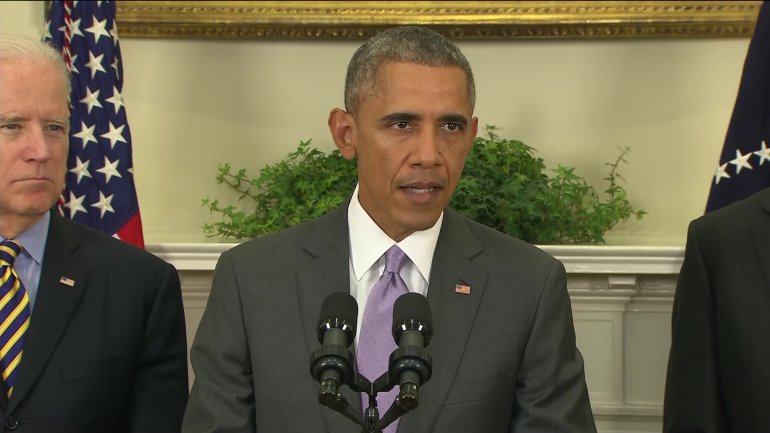 “My secretary has received some death threats,” Giuliani said in a brief interview by phone. But the former mayor emphasized the majority of the voice mails left at his office were supportive of his remarks. Giuliani did not say whether he alerted police to the threatening calls. CNN cannot confirm whether the threats were made.

As for his initial remarks that ignited the firestorm, spoken at a private dinner for Wisconsin’s Republican Gov. Scott Walker, a potential 2016 presidential contender, Giuliani offered no apologies.

“I don’t regret making the statement. I believe it,” Giuliani said. “I don’t know if he loves America,” he added.

“I don’t feel the same enthusiasm from him for America,” he continued during the interview.

Giuliani said he didn’t mind that his comments became public. At the dinner, he said, were well-known members of the news media, including CNBC anchor Larry Kudlow who, Giuliani said, was the event’s moderator.

The former mayor said he’s received calls congratulating him for his remarks, including one from Louisiana Gov. Bobby Jindal.

The Louisiana governor’s spokesman Curt Anderson confirms Jindal did speak with Giuliani by phone. While the spokesman, who asked not to be named, said Jindal did not endorse everything the former mayor said about Obama, he added the governor also has deep concerns about the president’s leadership on Islamist radicalism.

“The Governor did call him and they did speak,” the spokesman said.

“(Jindal) wanted to buck him up because he knows everyone is in a rush to condemn him. The Governor acknowledges that not everything that the Mayor said was good, but he believes that Giuliani is a great leader and that this rush by the left and the media to condemn and marginalize him is ridiculous,” the Jindal spokesman added.

“In short, the Governor is not going to throw Giuliani overboard for saying some inadvisable things,” this spokesman added.

The spokesman says Jindal agrees that “Giuliani asked a very important question which the press has glossed over — it was this — ‘What’s wrong with this man that he can’t stand up and say there’s a part of Islam that’s sick?'”

“The Governor believes this is question that needs to be answered,” the spokesman.

John Catsimatidis, a tycoon in the grocery store industry who sponsored the event, also called to say Giuliani was saying what was on other people’s minds, the former mayor added.

Earlier this week, the former mayor laid into Obama’s foreign policy as coming from a leader who is somehow disenchanted with the country he leads.

“I know this is a horrible thing to say, but I do not believe that the President loves America. He doesn’t love you. And he doesn’t love me. He wasn’t brought up the way you were brought up and I was brought up through love of this country,” Giuliani said at the dinner.

In his latest comments to CNN, Giuliani noted he is not running for president in 2016. But he tried to explain why he made the comments.

Giuliani said he was disgusted with Obama’s response to the executions of Egyptian Coptic Christians by ISIS and the attack on a Jewish market in Paris by radicals inspired by the terrorist group.

The President erred, Giuliani maintains, in not holding a press conference to immediately denounce those acts of terrorism.

“Islamic extremism is not an abstraction,” he continued.

By contrast, Giuliani pointed out, the President did make comments to the press after the racial unrest in Ferguson, Missouri.

“There’s something wrong with the rhetoric here,” Giuliani said.

Giuliani said some of his comments were based on Obama’s autobiography, “Dreams of My Father,” which he said he read during the 2008 campaign at the urging of his wife, who predicted the then-Illinois senator would be the Democratic nominee.

“I think they should apologize to me,” Giuliani said.

“I can tell you that it’s sad to see when somebody who has attained a certain level of public stature, and even admiration, tarnishes that legacy so thoroughly,” White House Press Secretary Josh Earnest told reporters.

“And the truth is, I don’t take any joy, or vindication, or satisfaction from that. I think, really, the only thing that I feel is I feel sorry for Rudy Giuliani today,” Earnest added.

DES MOINES, Iowa -- What began as a peaceful protest in response to the death of George Floyd has escalated between protesters and police in Des Moines.