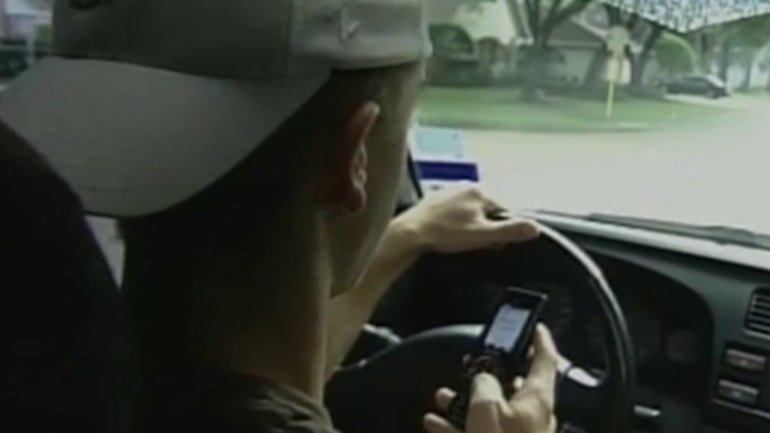 According to statistics released by the Governor’s Traffic Safety Bureau, the number of teens involved in fatal car accidents has risen by 10% nationwide.

Police say distracted driving is the biggest contributing factor to those crashes.

“There’s so much more going on, they’re in a hurry, they’re running to sporting events or it’s driving late at night and it’s other people in their car that are distracting them from doing the one thing at hand and that’s driving” said Sergeant Nathan Ludwig of the Iowa State Patrol.

According to a AAA study, between 2007 and 2015, 12% of distracted driving crashes involved cell phones. Police say it’s easily the most preventable distraction, and drivers say it’s the most noticeable.

“Some kid comes down the road, he turns a corner into the parking lot and he was on his phone and he just had to whip real hard and just barely missed hitting the side of my car, and I was sitting at a complete stop in the parking lot, and I was about ready to get out and if he would have hit me I would have probably grabbed his phone and stomped on it” said truck driver Alfred Fehr.

Teens say they know how distracting phones can be. Evan Hellman says he makes it a point not to use his phone in the car, but says for other teens, it’s just second nature.

“It’s just kind of been integrated in our lives so much that people constantly feel the need to grab it, pick it up, see what’s going on on Snapchat or whatever, and especially for kids it’s just kind of an instinct to grab it and look at it no matter what you’re doing even if it’s dangerous” said Hellman.

But teenagers aren’t the only ones; Fehr says as a truck driver he’s seen it all on the road.

“One time I had an adult pass me, this guy had a laptop computer sitting over her running, he had a newspaper in front of him and he’s driving 60 miles per hour down the interstate trying to read and watch what’s going on on his laptop” said Fehr.

Police say distracted driving is a factor across all ages, contributing to a number of Iowa traffic fatalities that are up by 45 than at this point last year.