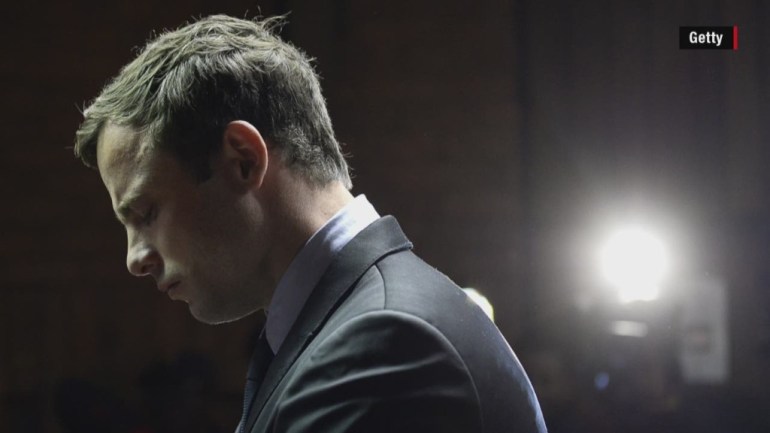 JOHANNESBURG, South Africa — South African prosecutors have appealed Oscar Pistorius’ verdict and sentence, hoping to convict him of a more serious charge or make him serve more time in the 2013 shooting death of his girlfriend.

A judge sentenced Pistorius to five years in prison on October 21 after finding the double-amputee track star guilty of culpable homicide, or negligent killing, in the death of Reeva Steenkamp. Prosecutors originally took Pistorius to trial on a murder charge.

In the appeal documents, the prosecution calls Pistorius’ sentence “shockingly light” and inappropriate.

A court hearing will be held on the matter, but no date has been set. The process could take six months, CNN legal analyst Kelly Phelps said.

Pistorius acknowledged shooting Steenkamp in February 2013. Prosecutors said he wanted to kill her; Pistorius said he mistook her for an intruder and her killing was a tragic accident.

Prosecutors are arguing that Judge Thokozile Masipa misinterpreted a complex South African standard defining a technical form of intent that proved to be a central aspect of the case, according to Phelps.

As a result, prosecutors argue, he should not have been convicted on the culpable homicide charge chosen by the judge.

In explaining her sentence, Masipa concluded that Pistorius did not intend to kill Steenkamp.

But critics of the verdict have argued that Masipa didn’t correctly apply the intent standard, which is broader in South African law than what it typically means in casual conversation, Phelps said.

In their appeal of the sentence, prosecutors would have to prove the five years given by Masipa is inappropriate in light of sentencing guidelines and similar cases, according to Phelps. Prosecutor Gerrie Nel called for a minimum sentence of 10 years.

If an appeals court finds that the sentence is inappropriate, the court could set it aside and issue a new one. But appeals courts in South Africa are reluctant to get involved in sentencing decisions, Phelps said.

DES MOINES, Iowa -- The blood clots six Americans developed after receiving the Johnson & Johnson vaccine, one which was deadly,…are nothing to brush off. "Around day six onward you would want to be wary of severe headaches, severe abdominal pain, and loss of vision," said Iowa Infectious disease physician Dr. Megan Srinivas.

Srinivas also believes the success rate of nearly seven million others who received that same J&J vaccine should be taken seriously as well. "If we are tracking every single person this carefully and willing to act so quickly, even if we don't know for sure it is directly related to the vaccine, that shows just how important each persons safety is as we pursue the vaccine roll-outs," Srinivas said.

BATON ROUGE, La. (BRPROUD) - The body found in the Mississippi River near Reserve on Tuesday was missing LSU student Kori Gauthier, according to authorities.

DES MOINES, Iowa - While The Biden Administration is gathering support for the President's nearly $2 trillion infrastructure proposal, the Iowa Association of Business and Industry is against the plans corporate tax hike.

"The infrastructure bill is really two policies and one. It is an infrastructure bill, but it's also a tax bill to raise revenue," said JD Davis, the Vice President of Public Policy for the Iowa Association of Business and Industry.

Life in Prison for Man Who Shot and Killed Sakira Bonner