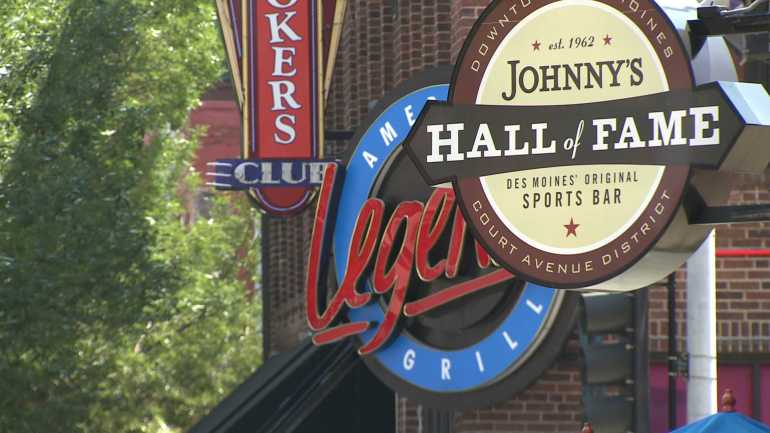 The Des Moines Register reports supervisors say they want to ensure safety in the downtown nightlife hub while urging local businesses to contribute to the security effort, administered for several years by Operation Downtown.

The organization dedicated to safety and beautification downtown cut this year’s funding for six off-duty officers who work weekend nights from May through October.

The program previously cost about $40,000 a year, funded mostly through Operation Downtown and voluntary contributions from Court Avenue businesses.

Supervisors are allocating up to $50,000, paid month-by-month as needed, for Operation Downtown to continue the program and potentially improve it in 2015.

“This is going to provide us an opportunity to have a discussion,” Polk County Supervisor Tom Hockensmith said.

Supervisors said they expect police to consider adding patrol for Thursday nights, holidays or special events with the extra $10,000 at the disposal of Operation Downtown.

“It isn’t all just cut and dry on Friday and Saturday nights,” Hockensmith said.

Police said they will also consider adding more than six officers on weekends, given the additional loss of security at a Court Avenue taxi stand.

TransIowa this spring stopped paying for two officers who have patrolled the stand on weekend nights for several years.

“If six (officers) works well and it’s successful, we’ll stay there. If we need an additional two to make it work, we can certainly do that,” Police Chief Dana Wingert told supervisors at a meeting Wednesday. “We can adjust on the fly if need be.”

Supervisor Bob Brownell and Hockensmith emphasized that they expect businesses to help fund the security effort.

“We want local property owners like bars and restaurants to be part of this,” Supervisor Bob Brownell said.

For the past two years, the Court Avenue District Association collected a voluntary contribution from most bars and restaurants that benefit from added security.

Tom Zmolek, president of the association, said the $50,000 commitment from Polk County is good news for the district.

“Our preference is for the whole thing to get covered,” Zmolek said.

CLIVE, Iowa -- As tensions continue to rise between police departments and the communities they serve, the Clive Police Department hopes the passion many protesters have to protect their community can turn into filling an opening within the department as a police officer.

“Law enforcement is changing a lot,” said Clive Police Chief Michael Venema. “We are in a period of change and we are looking for people that will help us be part of that change.”

"We’re going to have representatives from the VA hospital, the Vet Center," said Jerry Nelson, commander of Legion Post 111. "There will also be a meal. It will be provided by the American Legion Auxiliary. We'll have lots of items that are going to be distributed by the Veterans Affairs Office."

IOWA CITY, Iowa -- With the CDC recommendation that the United States pause vaccinations of the Johnson & Johnson COVID-19 vaccine, there was reaction in the state of Iowa, where college students were anxious to get their one-shot vaccine. The vaccine was halted due to six reports of blood clotting out of the nearly 7 million people who had received the vaccine.

"People who got the Johnson & Johnson vaccine are to watch for headaches, severe abdominal pain, shortness of breath. These are some of the signs with clotting disorders," said Dr. Patricia Winokur, executive dean of the Carver College of Medicine at the University of Iowa. Dr. Winokur also was on the committee which oversaw the development of the Pfizer vaccine.

Rock the Block: How Your Donations Can Change The Lives of 13 Metro Homeowners

Raising Black Sons and ‘The Conversation’ That Comes With It