WHO-HD Channel 13, Des Moines’ NBC Affiliate, invited Iowa State Fair visitors to “Cast Your Kernel” for our next president during the fair’s 11 day run August 8 to 18. Each adult who stopped was given one kernel of corn to place in the Mason jar of his or her favorite presidential candidate. This year’s poll results showed something that has never happened before in the 15 years of the poll: almost exactly as many fairgoers voted for a Democratic candidate for president as a Republican.

The total number of kernels for Republican candidates was 33,280. Total votes for Democratic candidates was 33,165. That 50-50 percentage split is the closest ever. In total, 66,445 kernels were cast between daily 9 AM and 9 PM in this year’s unscientific poll…averaging about 8.4 kernels per minute.

Here are the final results: 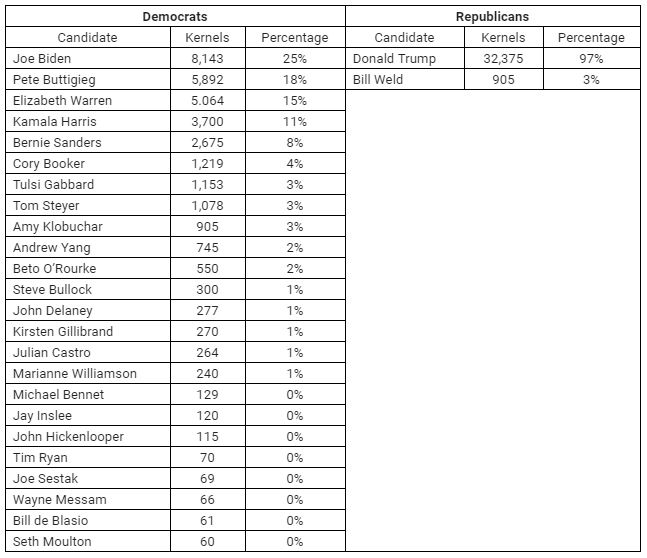 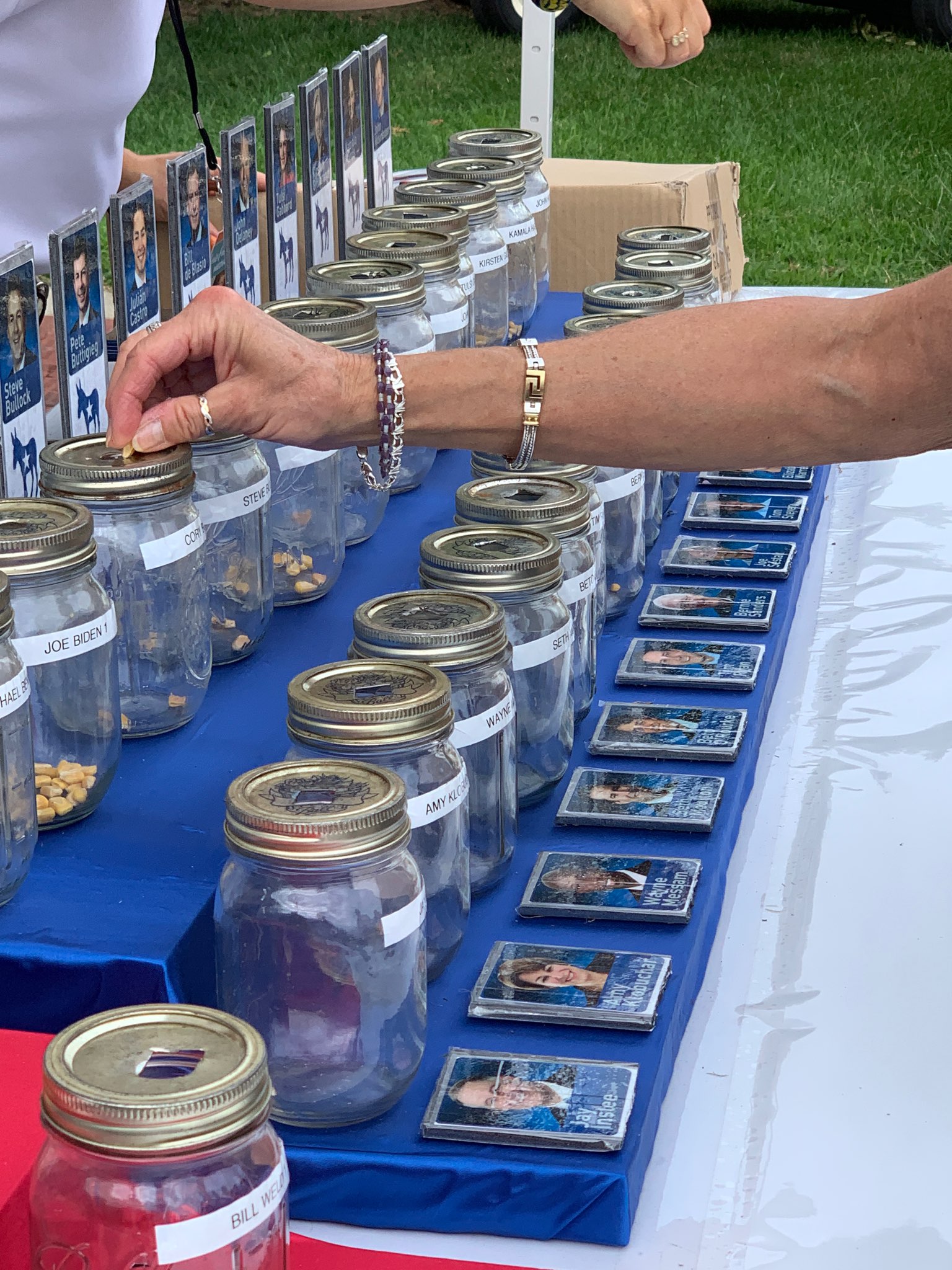 “We heard many passionate conversations from Iowans on whom they believe will be the best person to lead our country in the future,” says Channel 13 News Political Reporter Dave Price. “While we know the corn poll isn’t scientific, it has proven in the past to be a pretty reliable measure of the attitudes of Iowans at fair time.”