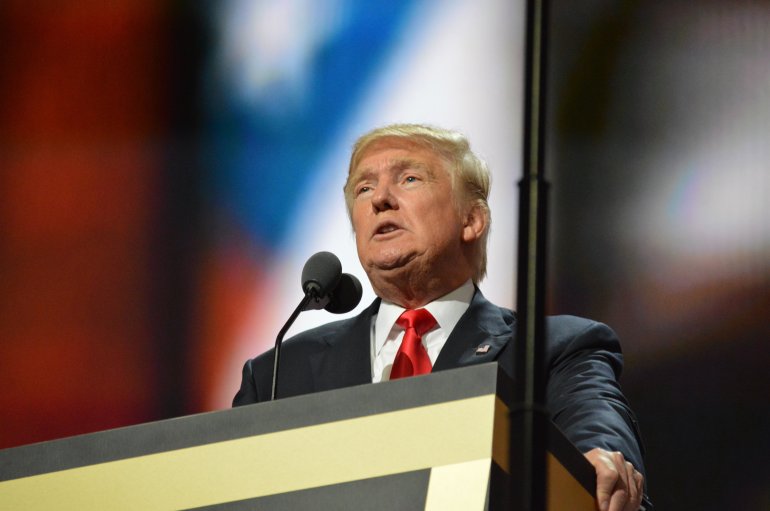 Donald Trump criticized Hillary Clinton on Sunday for not knowing what the “(C)” label meant when it was used on her State Department emails.

But the Republican presidential nominee apparently doesn’t know what it means either.

“Lyin’ Hillary Clinton told the FBI that she did not know the ‘C’ marking on documents stood for classified. How can this be happening?” Trump wrote on Twitter.

The FBI had released a report Friday that detailed its investigation of Clinton’s email use at the State Department along with notes from the bureau’s interview with Clinton. According to that report, Clinton told the FBI she was unaware that the “c” markings in certain emails denoted the presence of confidential information and that she couldn’t recall “any briefing or training” related to handling classified information or federal records — two talking points that have been central to the political debate over the controversy.

The Republican presidential candidate also taunted Clinton Sunday about polling and highlighted other significant revelations from the FBI’s report, which showed that a former Bill Clinton aide said he could recall at least two times he destroyed old State Department devices with a hammer. The report also revealed that another IT aide had used a software tool called “BleachBit” to conduct a mass deletion of emails on Clinton’s server.

“The polls are close so Crooked Hillary is getting out of bed and will campaign tomorrow. Why did she hammer 13 devices and acid-wash emails?” he wrote.

For its part, the Clinton campaign said it was “pleased” by the release of the FBI report on Friday.

“While her use of a single email account was clearly a mistake and she has taken responsibility for it, these materials make clear why the Justice Department believed there was no basis to move forward with this case,” Clinton’s national press secretary Brian Fallon said in a statement last week.

CNN reached out to the Trump campaign for additional comment on the tweets, but did not immediately receive a response.