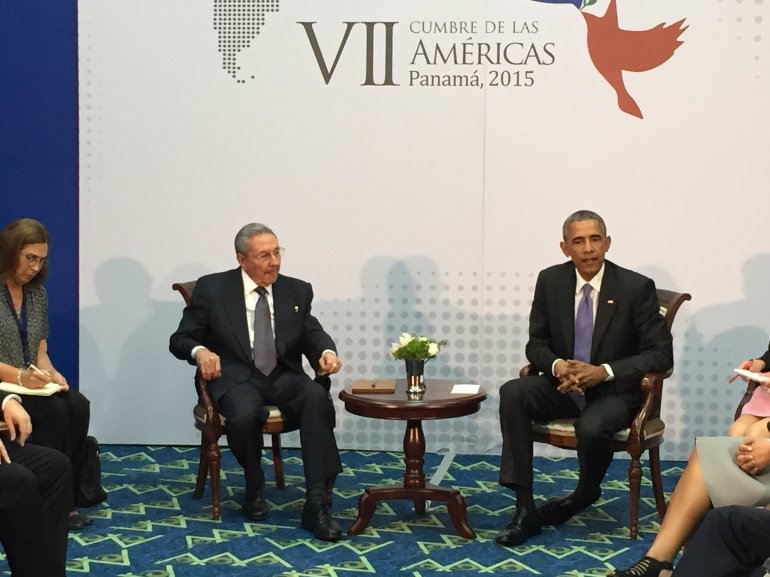 President Obama has made a proposal to remove Cuba from the list of state sponsored terrorism, according to the White House.

The president officially sent the necessary report and certifications to Congress on Tuesday, according to Obama’s National Security Council via Twitter.

“As the president has said, we will continue to have differences with the Cuban government, but our concerns over a wide range of Cuba’s policies and actions fall outside the criteria that is relevant to whether to rescind Cuba’s designation as a state sponsor of terrorism,” White House spokesman Josh Earnest said in a statement.

The expected move comes after a historic meeting between Obama and Cuban president Raul Castro. The meeting was held in Panama at the Summit of the Americas over the weekend.

The next phase of Iowa’s COVID-19 vaccination campaign will include people 75 years and older and those in other high-risk groups, the Iowa Department of Public Health announced last week.

Other states have already started immunizing residents younger than 75, but advocates for long-term care facilities say there are still too many residents who have not received both doses of the vaccine yet, and it's not just a problem in Iowa.

WASHINGTON (AP) — Members of President Donald Trump’s failed presidential campaign played key roles in orchestrating the Washington rally that spawned a deadly assault on the U.S. Capitol, according to an Associated Press review of records, undercutting claims the event was the brainchild of the president’s grassroots supporters.

A pro-Trump nonprofit group called Women for America First hosted the “Save America Rally” on Jan. 6 at the Ellipse, an oval-shaped, federally owned patch of land near the White House. But an attachment to the National Park Service public gathering permit granted to the group lists more than half a dozen people in staff positions for the event who just weeks earlier had been paid thousands of dollars by Trump’s 2020 reelection campaign. Other staff scheduled to be “on site” during the demonstration have close ties to the White House.

WASHINGTON (AP) — In his first hours as president, Joe Biden plans to take executive action to roll back some of the most controversial decisions of his predecessor and to address the raging coronavirus pandemic, his incoming chief of staff said Saturday.

The opening salvo would herald a 10-day blitz of executive actions as Biden seeks to act swiftly to redirect the country in the wake of Donald Trump’s presidency without waiting for Congress.