DES MOINES, Iowa — Politicians are used to getting ripped about their policies, campaign advertisements, or their flip flops on issues. But New York Sen. Kirsten Gillibrand has faced criticism when it comes to fried chicken.

Earlier this month, Gillibrand made a visit to KiKi’s Chicken and Waffles, during a campaign stop in South Carolina. During her meal with women business leaders, Gillibrand asked whether she should eat their fried chicken with a fork or with her hands.

After asking the question, she received backlash on social media. Here are some examples of the criticism she recieved on Twitter. 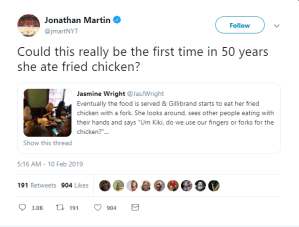 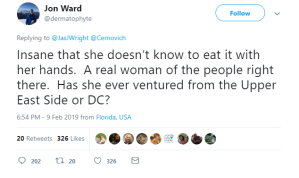 During Gillibrand’s recent stop in Des Moines, Channel 13’s Dave Price asked her how she handles such strict scrutiny as a politician, even over simple things as asking how to eat fried chicken.

Thousands of pork loins given away for ‘Operation …