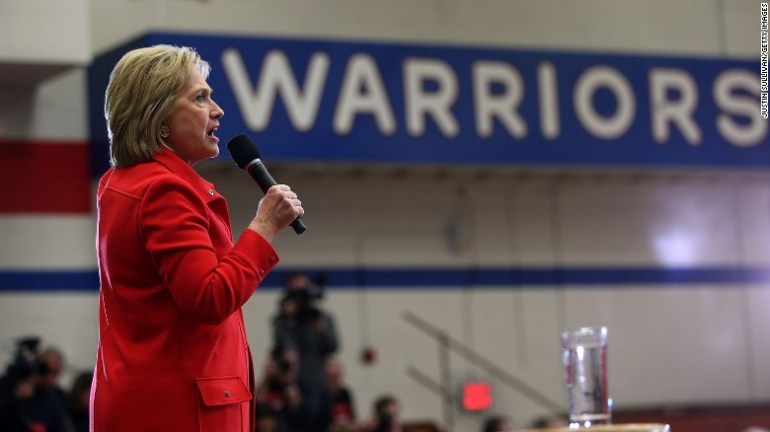 On International Women’s Day, CNN Politics takes a look back at the first women to ever hold prominent positions in the world of politics.

From Jeannette Rankin, a Montana Republican who in 1917 became the first woman to serve in Congress, to New York Democrat Shirley Chisholm, who in 1969 became the first African-American woman elected to Congress, each woman faced a set of challenges unique to her setting. But each managed to rise in the largely male-dominated world of politics.

Last November the number of women serving in Congress passed 100 for the first time, but the percentage of women in Congress is still about 20%.

And women have yet to hold the nation’s highest office — the presidency.

If Hillary Clinton, a former secretary of state, senator and first lady, win the Democratic presidential nomination, she will become the first woman to capture a major party’s White House nomination.

The speech, which became known as a Clinton classic, has been cited by her presidential campaign several times.

Clinton, who is the first former first lady to seek the presidency, has made women’s issues — from abortion rights to equal pay — cornerstones of her run.

According to a recent CNN/ORC poll, while most Americans are ready for a female president, they also say electing one is not a top priority.

WASHINGTON (Reuters) — House Speaker Nancy Pelosi said Thursday she has "no plans" to introduce legislation to expand the U.S. Supreme Court by four justices to the floor. Pelosi said she favors President Joe Biden's proposal to study the issue.

The Judiciary Act of 2021 is a proposal aimed at breaking the conservative grip on the court that promises to draw fierce opposition from Republicans.

‘Back the Blue’ Bill Passed in Iowa House of Representatives

DES MOINES, Iowa -- The Iowa House has passed a "Back the Blue" bill, with some big changes made beforehand.

The original language of the bill would make it illegal for the state or counties to fire or discipline law enforcement officers if prosecutors determine the officer is withholding important evidence that could exonerate a defendant.

KABUL, Afghanistan (AP) — U.S. Secretary of State Antony Blinken made an unannounced visit to Afghanistan on Thursday to sell Afghan leaders and a wary public on President Joe Biden’s decision to withdraw all American troops from the country and end America's longest-running war.

Blinken was meeting with Afghan President Ashraf Ghani, chief executive Abdullah Abdullah, and civic figures, a day after Biden announced that the remaining 2,500 U.S. soldiers in Afghanistan would be coming home by the 20th anniversary of the Sept. 11 terrorist attacks that led to the U.S. invasion.

Arrest Made in Des Moines Apartment Fire That Displaced Dozens