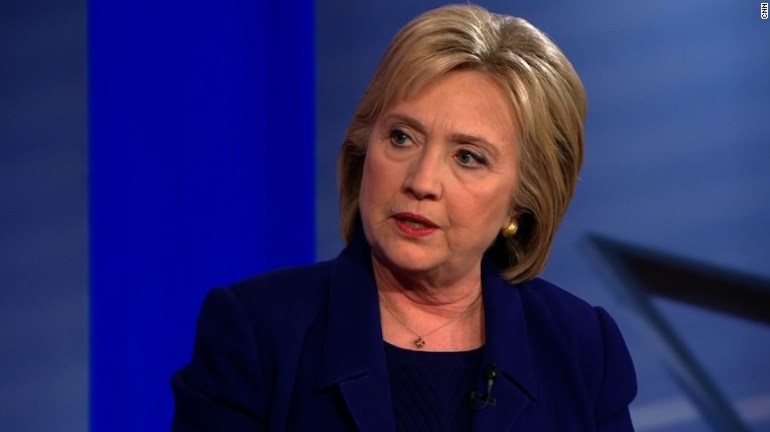 Hillary Clinton has won the Mississippi Democratic primary, according to a CNN projection at poll closing.

Donald Trump faces a test of resilience on Tuesday as four more nominating contests, including the important Michigan battleground, unfold alongside a quickening last-ditch bid by his foes to slow his march to the Republican nomination.

Democrat Hillary Clinton, meanwhile, hopes to register a win in Michigan to make a point about rival Bernie Sanders’ limits after he won three weekend caucuses but failed to close her lead in pledged delegates or to turn the campaign in his favor.

Clinton holds an overall lead of around 200 pledged delegates over Sanders, whose spirited campaign has enlivened grass-roots Democrats and tugged her to the left on some key issues.

Michigan is the biggest prize on Tuesday in both races. The state will offer clues about the appeal of the leading candidates among blue-collar voters in the industrial Midwest and may hold omens for significant looming primaries in states like Ohio and Illinois.

The state looms as particularly important for Trump following anecdotal evidence that fierce attacks on his character and qualifications by other candidates and the Republican establishment may be beginning to have an impact. The billionaire’s margin of victory was smaller than expected in Louisiana and Kentucky over the weekend.

There were also signs of widening support for his closest rival in the delegate count, Texas Sen. Ted Cruz, who shrugged off a disappointing showing on Super Tuesday last week.

Still, a Monmouth University poll of Michigan on Monday showed Trump with a big lead and again benefiting from a split opposition against him. The front-runner was at 36%, Cruz was second with 23%, Ohio Gov. John Kasich had 21% and Florida Sen. Marco Rubio was at 13%.

A big win in Michigan is important for Trump because it would offer evidence for his argument that he is uniquely qualified among Republicans to attract swing voters in Rust Belt states and to expand the party’s general election coalition.

“I’m not a normal Republican,” Trump said last week in Macomb County, the place where the fabled phenomenon of Reagan Democrats, who dropped their party affiliation to side with the Republican president, was first identified.

“A normal Republican cannot think in terms … of bringing in Michigan. And if you don’t bring in Michigan it’s tough. You have a very narrow road,” Trump said.

Trump will be helped on Tuesday by the fact that both Michigan and Mississippi have open primaries, meaning that Democrats and independents attracted by his message can vote in the Republican contest.

Cruz, currently the best-placed challenger to Trump, has tended to do better in closed races, where only registered GOP voters can take part and where conservatives hold more sway. The Texas senator, however, will be looking for a strong performance in Mississippi and a second-place finish in Michigan to bolster his case that he — and not Rubio — is the only viable alternative to Trump.

Tuesday’s races also represent an important moment for Kasich, who has spent several weeks effectively on the sidelines following a strong second-place showing in the New Hampshire primary last month. In the Southern primaries, he has proven to be less popular.

Michigan may also be a barometer of Kasich’s prospects in his own state of Ohio next week, which is a make-or-break contest for him.

And despite winning the Puerto Rico primary for his second victory of the campaign on Sunday, Rubio appears to be headed for another tough night.

Rules requiring a candidate to reach a threshold to get a share of the delegates on offer in the three primary states on Tuesday could see him fall further behind Cruz, who has already suggested his fellow senator should get out of the race.

Sanders, fresh from a testy debate with Clinton on Sunday, needs a strong showing to deprive his opponent’s campaign of an argument that not only can he not win Southern states but he is lagging behind in diverse Midwestern ones as well.

The Monmouth poll found Clinton leading 55% to 42% going into the primary, and she has begun to gently make the case that it might be time for Sanders, who has vowed to fight on until the Democratic convention, to consider his position.

“The sooner I could become your nominee, the more I could begin to turn attention to the Republicans,” Clinton told supporters on Monday.

Sanders was stung by Clinton’s claim in their most recent debate in Flint, Michigan, on Sunday night that he voted against a bailout for the U.S. auto industry — a key local employer — when it was teetering on the edge of extinction in early 2009.

But the Sanders campaign has accused Clinton of being disingenuous, saying he had voted to support a $14 billion auto-industry aid package in 2008, but opposed the measure later being folded into a Wall Street bailout bill that he did not support.

The Vermont senator has also hammered Clinton for her support for free trade agreements that he says have badly hit manufacturing in states like Michigan.

“What these trade agreements have done is decimate community after community in the Midwest and all over America,” Sanders said in the state on Monday.

“I have helped lead the opposition to every one of these disastrous trade agreements,” he said, “because I knew what they would do.”

Clinton campaign manager Robby Mook told CNN’s “The Situation Room with Wolf Blitzer” that the team was confident of a strong performance in Michigan, but he was not ready to predict outright victory.

“We think that the race is much closer than the public polls show,” Mook said.

WASHINGTON (AP) — Facing swift blowback from allies and aid groups, the White House on Friday said President Joe Biden plans to lift his predecessor’s historically low cap on refugees by next month, after initially moving only to expand the eligibility criteria for resettlements.

In an emergency determination signed by Biden earlier in the day, he stated the admission of up to 15,000 refugees set by former President Donald Trump this year “remains justified by humanitarian concerns and is otherwise in the national interest.” But if the cap is reached before the end of the current budget year and the emergency refugee situation persists, then a presidential determination may be issued to raise the ceiling.

WASHINGTON (Reuters) — House Speaker Nancy Pelosi said Thursday she has "no plans" to introduce legislation to expand the U.S. Supreme Court by four justices to the floor. Pelosi said she favors President Joe Biden's proposal to study the issue.

The Judiciary Act of 2021 is a proposal aimed at breaking the conservative grip on the court that promises to draw fierce opposition from Republicans.

‘Back the Blue’ Bill Passed in Iowa House of Representatives

DES MOINES, Iowa -- The Iowa House has passed a "Back the Blue" bill, with some big changes made beforehand.

The original language of the bill would make it illegal for the state or counties to fire or discipline law enforcement officers if prosecutors determine the officer is withholding important evidence that could exonerate a defendant.

Man Struck By Car While Crossing I-35 on Foot