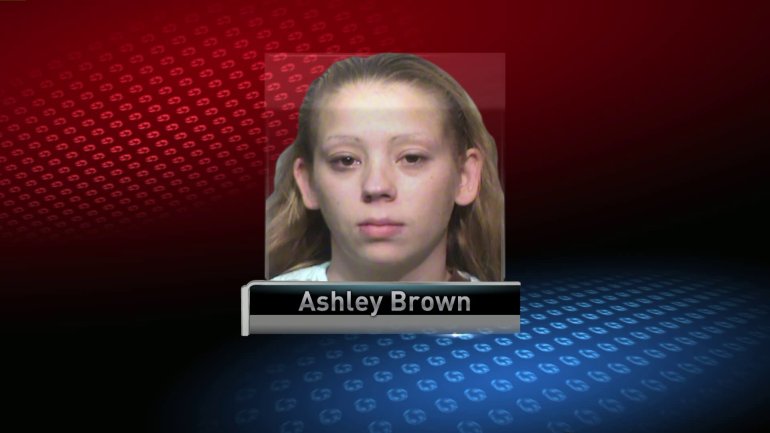 DES MOINES, Iowa — The suspect in a fatal hit and run accident Saturday morning left a piece of evidence that eventually lead to their arrest. That evidence was a front license plate.

Des Moines Police were called to the corner of 26th Street and East University Avenue shortly after 7 a.m.

A passerby found Kenneth Leroy Wallace, 55, lying in the road, severely injured after being hit by a blue Dodge Dakota pick-up truck.

Wallace died at the scene.

The driver took off, but it didn’t take long for police to find the truck as dispatchers tracked the license plates to an address nearby.

The driver was nowhere to be found but the truck was impounded.

Investigators believed it was only a matter of time before they make an arrest.

“Even if the registered owner wasn’t driving the vehicle, they’re going to let us know because the vehicle won’t go back to them until we figure out who was driving it. It’s not a matter of if we determine who is driving it, it’s just a matter of when,” said Sgt. Jason Halifax, public information officer for the Des Moines Police Department.

Later Saturday evening, Ashley Brown, 20, turned herself into police at about 5:30 p.m.

Brown is charged with leaving the scene of an accident resulting in death and not having insurance. Police do not believe drugs or alcohol were a factor.

CLEVELAND (AP) — President Donald Trump and Democratic challenger Joe Biden began the first presidential debate with heated exchanges over health care, the coronavirus and the future of the Supreme Court.

Fitting for an edge in their bitter campaign, the two men frequently interrupted each other with angry interjections, with Biden eventually snapping at Trump “Will you shut up, man?” That was after the president badgered him over his refusal to comment on whether he would try to expand the Supreme Court in retaliation if Trump’s high court pick, Amy Coney Barrett, was confirmed to replace the late Justice Ruth Bader Ginsburg.

With the election 35 days away and early votes already being cast in some states, Biden has kept a lead over the Republican president in most national polls. While debates have not significantly shaken up the election in recent years, Tuesday’s highly anticipated matchup will offer the clearest contrast yet between the two men.

CHICAGO (NewsNation Now) — Results from an early safety study of Moderna coronavirus vaccine candidate in older adults showed that it produced virus-neutralizing antibodies at levels similar to those seen in younger adults, with side effects roughly on par with high-dose flu shots, researchers said on Tuesday.

The study, published in the New England Journal of Medicine, offers a more complete picture of the vaccine's safety in older adults, a group at increased risk of severe complications from COVID-19.

What to expect in the first presidential debate

Pandemic Slowing Donation Drives for Nonprofits Like Amanda the Panda

What to expect in the first presidential debate