NEVADA, Iowa --It took about two and a half days to seat a jury in Story County. Opening statements were held Thursday in the murder trial of a man accused of shooting and killing his ex-girlfriend at an eastern Iowa mall.

Prosecutors say 23-year-old Alexander Kozak was dressed in all black, armed with a gun and had "laser focus" when he killed 20-year-old Andrea Farrington last June. He was a security guard at Coral Ridge Mall and she was at the Iowa Children's Museum at the mall.

Farrington was described as a "magnetic," full-of-life, young woman working her dream job at the children's museum. But that all ended on June 12.

“I saw the gun come up, and I saw him fire the gun three time, and I saw the flash,” said Kathryn Ogden.

"I saw him pull out a gun and shoot Andrea three times,” said Madison Tinkham.

That gunfire sent the crowd into a panic.

“A man was screaming, ‘He's shooting us, he's killing us. Run, run, run! He’s killing us,’” Brynn Stanton Anderson cried on the stand.

The defense says there is no question Kozak pulled the trigger.

“There will be no dispute during the course of this trial that Alexander Kozak killed Andrea Farrington,” said defense attorney Alfredo Parrish.

The defense says for several months, Kozak and Farrington had a digital relationship, texting each other about 8,000 times. He was married at the time and she was living with another man. The day before the shooting, Farrington had called everything off, saying Kozak was giving her the creeps.

Prosecutors say that wounded his pride. 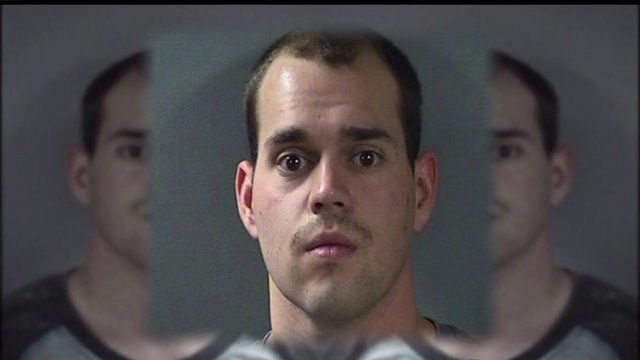 "She didn't live to celebrate her 21st birthday just eleven days later because she had committed, what the defendant believed, was the cardinal sin. She had bruised a man's pride. This man's," said assistant Johnson County Attorney Naeda Elliott.

Kozak fled the scene, but was later apprehended by authorities. He reportedly admitted to the crime.

"He wasn't sad, he wasn't remorseful. He was prideful and boastful," Elliott said. "He admitted his intentions were intentional and deliberate. He wanted to take credit for that horrifying feat, for he had accomplished his mission."

Kozak's defense claims he suffers from some kind of mental illness and snapped. His attorney is arguing that he suffers from diminished capacity and should not be convicted of first-degree murder.

The defense didn't offer any official diagnosis, saying that is still being reviewed.  But Kozak's attorney said his client started showing signs of mental illness when he was 15.  He turned 23 this week.

More witnesses from inside the mall during the shooting are expected to speak Friday. Testimony is expected to last about two weeks.

Kozak’s trial is being held in Story County because of pre-trial publicity.