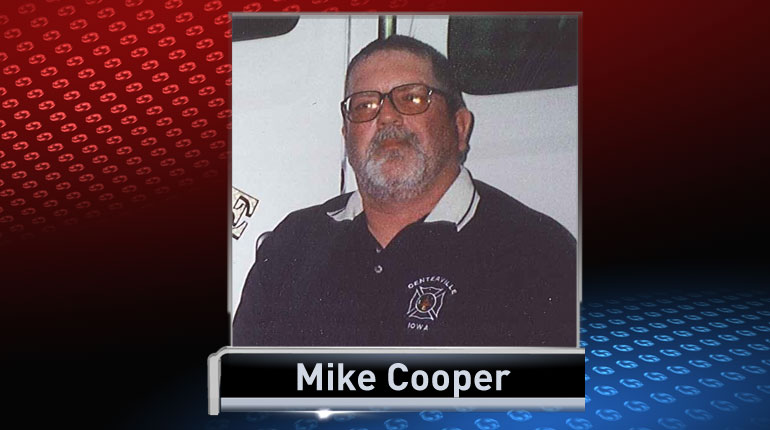 CENTERVILLE, Iowa – Authorities have released the name of a firefighter who died after battling a fire Friday night into Saturday morning.

Emergency crews responded to 22900 Highway 5 in Centerville, known as the Cowan Enterprises building, at about 7:30 p.m. Friday. By about 8 p.m., the north and east side of the facility was engulfed in flames.

The fire was under control at about 3 a.m. Saturday. Firefighters remained on scene for several hours.

Cooper had served with the Centerville Fire Department for 37 years. Services are pending.

WASHINGTON (AP) — Voting legislation that Democrats and civil rights leaders say is vital to protecting democracy collapsed Wednesday when two senators refused to join their own party in changing Senate rules to overcome a Republican filibuster after a raw, emotional debate.

The outcome was a stinging defeat for President Joe Biden and his party, coming at the tumultuous close to his first year in office.

WEST DES MOINES, Iowa – Police in West Des Moines are investigating the deaths of a man and woman whose bodies were found in a home Wednesday, but stress there doesn’t appear to be any threat to the public.

Officers were called to a home in the 1300 block of 100th Street just after 10:00 a.m. Wednesday to conduct a welfare check, according to the West Des Moines Police Department. When they entered the home they discovered an adult male and female deceased.

DES MOINES, Iowa - The extreme cold has dozens of people turning to Central Iowa Shelter and Services, and no one is being turned away.

“We've actually been operating under the weather amnesty plan for two weeks now,” Central Iowa Shelter and Services CEO Melissa O'Neil said. “Based on the weather temperatures and that 48 hours, we're actually going to be operating through next Sunday. So while it's getting cold tonight, we want to make sure that people are able to regain self sufficiency not just during the weather event, but a little bit longer afterwards.”

Key takeaways from Biden's first news conference of the year

Biden to give away 400M N95 masks starting next week

COVID-19 testing: Which test you should get and when