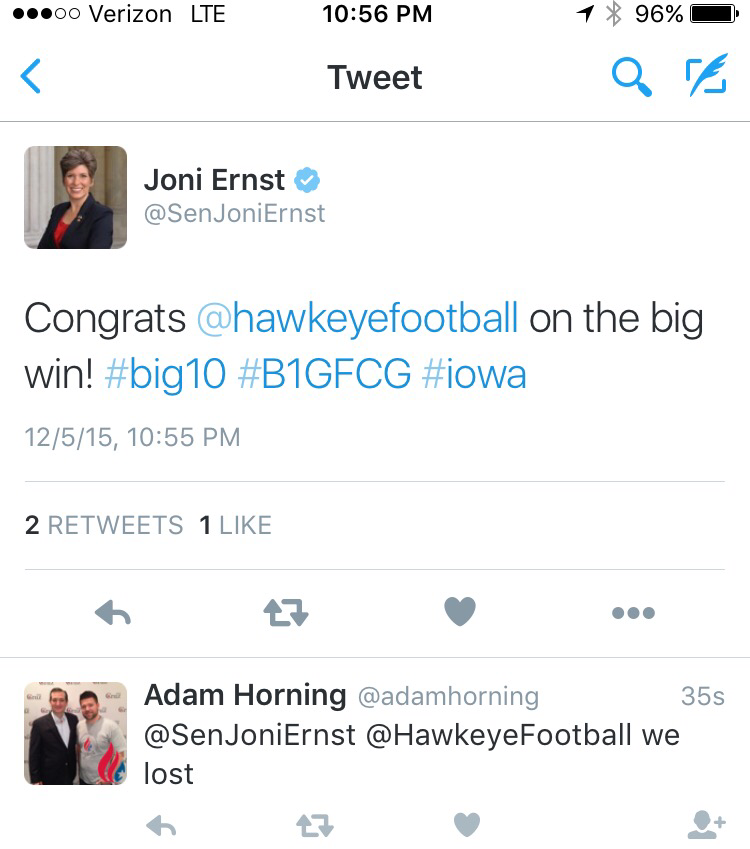 Iowa’s junior senator sent the tweet out shortly after the Hawkeyes lost to the Michigan State Spartans, 16-13.

The tweet, posted at 10:55 p.m., was deleted after a few minutes but not before it was shared across social media.

Senator Ernst’s account sent out an update saying a staff error was the reason for the tweet.