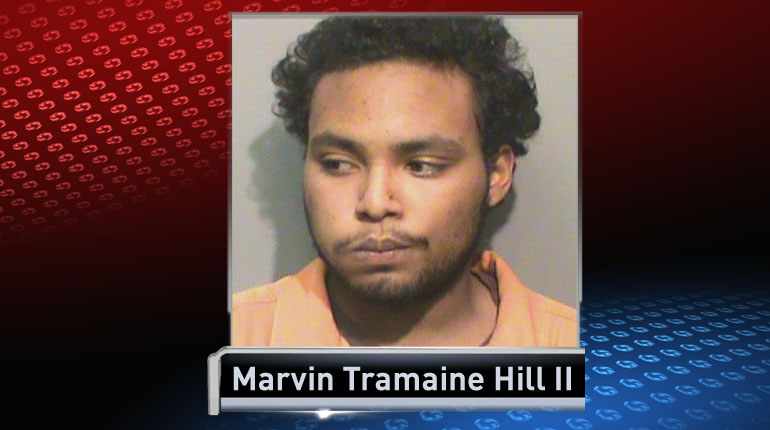 DES MOINES, Iowa — A picky eater was jailed Tuesday for reportedly using a McDonald’s McChicken sandwich as a weapon against his pregnant wife, according to a police report.

The Des Moines Register reports Marvin Tramaine Hill II, 21, admitted to police that he threw the sandwich at his wife “because he doesn’t like them.” Hill was arrested for simple domestic assault and taken to the Polk County Jail.

Des Moines police met with Hill at the couple’s home in the 1400 block of 13th Street. Hill told police it was actually his wife who assaulted him.

Hill said his wife woke him up around 1 p.m. with a McChicken in hand. He admitted to police that he became upset and threw the sandwich at her, then picked up some of the bun, throwing it at her again.

The woman went to the bathroom to clean herself up but Hill followed her and began recording her using his cellphone, which he later shared with police. In the video, police saw the woman knock the phone out of his hands.

Hill’s wife had mayonnaise on her shirt and face when officers located her. According to the woman, Hill had forcefully smashed the bun into her face.

Police noted that the woman’s nose was swollen and believed Hill was trying to entice the woman into knocking the phone out of his hands to make her appear aggressive, the report stated. Hill was arrested and his weapons permit was confiscated.

Hill remains in custody at the Polk County Jail.

Memorial services for 4 Iowa brothers who died in …

Where to Get Rid of Old and Broken Christmas Lights

Create a festive Christmas party with these mini …

When the snow will reach central Iowa today