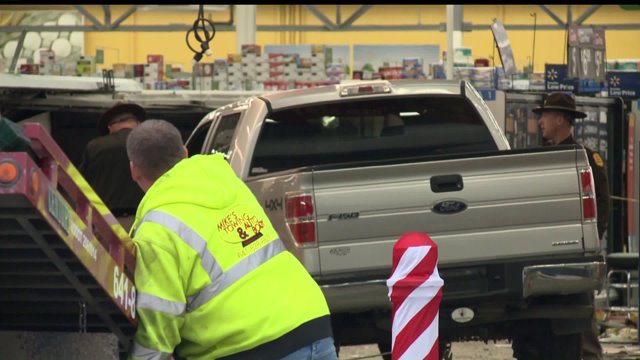 PELLA, Iowa  —  Authorities have released the names of the three people killed when a truck crashed into the Pella Walmart Thursday —  and the name of the man they say was driving the truck.

Police say 66-year-old Dennis Mockenhaupt of Knoxville was behind the wheel of a Ford F-150 that barreled through the front doors of the Pella Walmart just before 10:00 a.m. Thursday.  Mockenhaupt hit four people in the store, killing three of them.

No charges have been filed at this time.  Authorities say they have interviewed Mockenhaupt.  They are awaiting toxicology reports and the case remains under investigation.