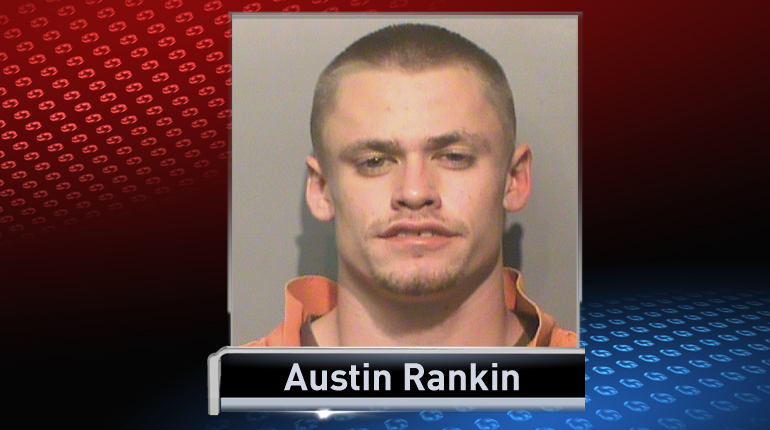 DES MOINES, Iowa – A Des Moines man is facing charges after he allegedly ran into a stranger’s house after a traffic stop.

According to a police report, officers pulled over a vehicle driven by Austin Rankin, 21, after observing him driving without a seat belt. Officers said that Rankin ran from his vehicle as officers exited their squad car.

Police said Rankin ran into a home, located in the 2300 block of East Grand Avenue, shutting the door behind him. Officers followed Rankin into the home and took him in to custody without further incident.

The home owner, who was in the kitchen at the time of the incident, said she had never seen Rankin before.

Rankin later told officers he was driving without a license and had a warrant out for his arrest in Story County.

Rankin has been charged with driving while revoked and interference with officials acts.

The data from the Iowa Department of Public Health’s website shows there have been 520 total deaths from the coronavirus in the state so far. Of those deaths, 234 were residents of long term care facilities.

STORM LAKE, Iowa (AP) — Tyson Foods has announced it will temporarily close a northwestern Iowa pork plant a day after state health officials revealed that 555 of its more than 2,500 employees had tested positive for COVID-19.

The company made the announcement late Thursday in a news release that it would shutter its Storm Lake plant over the next two days and stay closed while the plant underwent deep cleaning and sanitation next week.

US Consumer Spending Sinks by Record 13.6% in Face of Virus

US Consumer Spending Sinks by Record 13.6% in Face of Virus