DES MOINES, Iowa – A Des Moines man had to be tased and pepper-sprayed Friday morning after police say he threatened city code enforcement employees with a crowbar.

Police were called to the home at 4115 8th Place a little after 10:00 a.m. Code enforcement employees were at the home to remove a vehicle after receiving numerous complaints about it. They told police the homeowner, Brock Wing, came outside with a crowbar and threatened them.

According to Sgt. Paul Parizek when officers arrived, Wing was very aggressive and still had the crowbar, so the decision was made to use a taser on him. He retreated into the house and police kicked in the door. Officers used pepper spray to subdue Wing and he was taken into custody.

A neighbor tells Channel 13 there have been big problems with Wing in the neighborhood and she is happy he’s now jailed.

Wing is charged three counts of Assault While Displaying a Dangerous Weapon, Harassment and Interference with Official Acts. 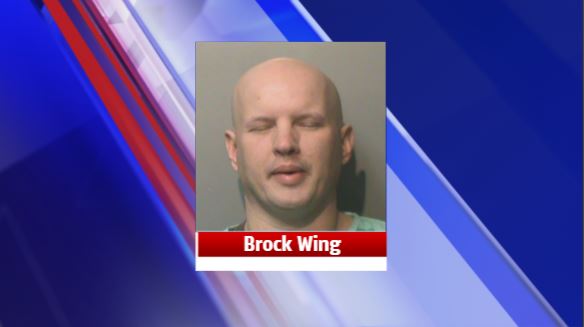 DES MOINES, Iowa -- The Iowa Department of Public Health’s website shows 743 new cases of COVID-19 have been diagnosed in the state and six more Iowans have died from the virus. The new numbers reflect testing reported over the 24 hours between 10 a.m. Friday and 10 a.m. Saturday. The data from the IDPH shows there have been 748 total deaths from the coronavirus in the state so far. Of…

DES MOINES, Iowa -- As positive COVID-19 cases increase in parts of Iowa, so is the demand for getting a test.

At her press conference on Tuesday, Gov. Kim Reynolds said in the previous week Iowa once again surpassed its daily capacity of 3,000 tests. On Thursday, the state surpassed 100,000 total tests through Test Iowa, since the program was launched on April 25. It is run by Utah-based Nomi Health and currently has testing sites in 18 counties across Iowa.

WASHINGTON (AP) — President Donald Trump commuted the sentence of his longtime political confidant Roger Stone on Friday, just days before he was set to report to prison. The move, short of a full pardon, is sure to alarm critics who have long railed against the president’s repeated interventions in the nation’s justice system. Stone had been sentenced in February to three years and four months in prison for lying…