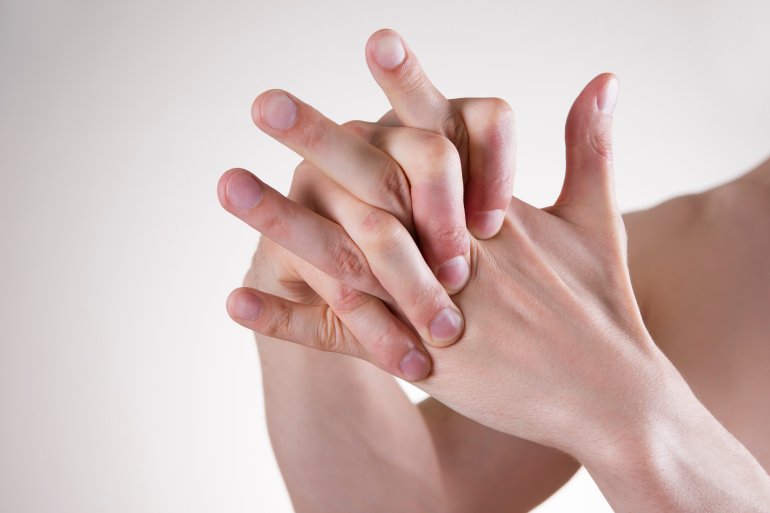 For the past 15 years, Tanya Johnson has been driving her boss nuts.

It’s not her job skills — Dr. Robert Szabo says Johnson is an excellent nurse — but rather her incessant knuckle-cracking that makes him want to strangle her.

“I kept telling her to stop, that it was bad for her,” Szabo said.

You’d think Johnson might have listened, given that Szabo is a hand surgeon at the UC Davis Medical Center and former president of the American Society for Surgery of the Hand.

But she just kept right on cracking.

But Szabo couldn’t. So when his colleague Dr. Robert Boutin, a radiologist at UC Davis, asked him to collaborate on a knuckle-cracking study, Szabo jumped at the chance.

The idea was simple: Gather a bunch of knuckle-crackers (Johnson among them) and have them do their thing under ultrasound to see what was really going on inside the joint. Then examine the knuckles pre- and post-crack, along with the knuckles of a group of non-crackers, to look for problems, including hand swelling and waning grip strength.

Szabo felt quite sure that the study would prove that his nurse needed to stop cracking her knuckles (and also thereby stop driving him crazy). But that’s not the way it turned out.

The knuckle-crackers didn’t have any hand problems. In fact, after someone cracked a knuckle, it had an increased range of motion compared with knuckles they hadn’t cracked.

The study, which has not been published, was presented in December at a meeting of the Radiological Society of North America.

What causes the crack

Beyond the good and bad of knuckle-cracking, Boutin and Szabo wanted to know what exactly is going on inside a joint that’s being cracked.

Looking at the ultrasounds of 400 knuckles, the researchers saw something striking: When a knuckle cracked, there was a distinctive and sudden flash in the joint.

They think what’s happening is that when you crack a knuckle, you’re pulling apart two surfaces of the joint, which brings down the pressure in the joint. That negative pressure allows gas that’s dissolved in the fluid in your joints to be liberated, and the bright flash is a gas bubble forming.

“We think that’s why a joint gets more range of motion after you crack it: There’s something about lowering the pressure that allows for more laxity,” Boutin said.

So if knuckle-cracking doesn’t appear to be bad for you, how did it develop such a bad rap?

“Everybody’s aunt and everybody’s granny says it’s bad for you, but no one really knows where that comes from,” said Dr. Greg Kawchuk, a rehabilitative medicine specialist at the University of Alberta.

He thinks he might have a clue, based on the passionate response he received when he published his own knuckle-cracking study last year.

“We heard from a lot of people, and while some said knuckle-cracking was relieving and helpful, just as many found it disgusting,” he said.

He thinks perhaps that’s why generations of aunts and grannies have told children to stop cracking their knuckles: because they just couldn’t stand the sound.

“It’s just my personal opinion, but I got the feeling that some of these people felt so grossed out by it that they created these myths,” he said.

But aunts and grannies do have some science on their side. A large and often-quoted 1990 study found that knuckle-crackers were more likely to have hand swelling and lower grip strength.

But Boutin and Kawchuk point out some deficiencies in that study from more than a quarter-century ago. First, if the doctors knew which subjects cracked knuckles and which didn’t — the study doesn’t say — that knowledge could have biased their evaluations.

Second, the study authors didn’t make it clear how they assessed swelling and grip strength.

Even so, Boutin and Szabo are the first to say their study isn’t the final word on knuckle-cracking, especially since they looked only at short-term, and not long-term, effects. They say that in the years to come, a bigger and better study might contradict their findings.

“Knuckle kerfuffles are copious,” Boutin wrote in an email, with a smiley-face emoji at the end of his sentence.

But in the meantime, much to his dismay, Szabo realized he has no grounds for telling his nurse to stop cracking her knuckles.

“After reviewing the science, I believe strongly that it’s not harmful,” he said.