DES MOINES, Iowa -- What happened involving a Johnston couple this weekend is something domestic abuse advocates say is something they see far too often.

Their life on Facebook painted a different picture. Images and comments posted online depict a loving relationship not only with each other but with their several children. However, domestic violence advocates strongly believe they were hiding something behind closed doors. 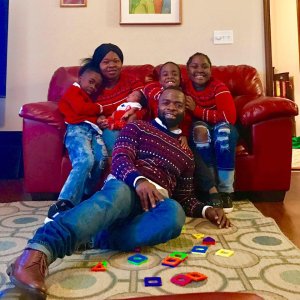 The Des Moines based non – profit organization's mission is to educate, prevent and create awareness about domestic violence cases, specifically in the African immigrant and refugee community.

According to the group and Facebook, both Roberts and Yarlee were born in Liberia. Advocates say domestic violence is common within African families.

Aden says many women are afraid to report anything to police in fear of deportation or an unfair justice system. She adds, language barriers with victim services, negative cultural stigmas, and shaming is why many women choose to remain tight-lipped.

“You are supposed to be a very strong woman. A mother to the whole family extended and within the external family," she says.

Studies show blacks suffer from the hands of abuse at a disproportional rate than their white counter parts. According to the Department of Justice, black women experience violence from the hands of their partner at a rate 35 – percent more than whites. They are also four more times to likely to be murdered by their partner than white women following domestic disputes.

Friends and family say they never knew of any abuse between the couple. Iowa courts online shows no criminal history of abuse for Roberts nor had the non – profit ever come into contact with the victim. All the more reason, Aden says they will continue to help victims find their voice.

“We suspect there was something going on and we wished that would have reached us at the right time.”