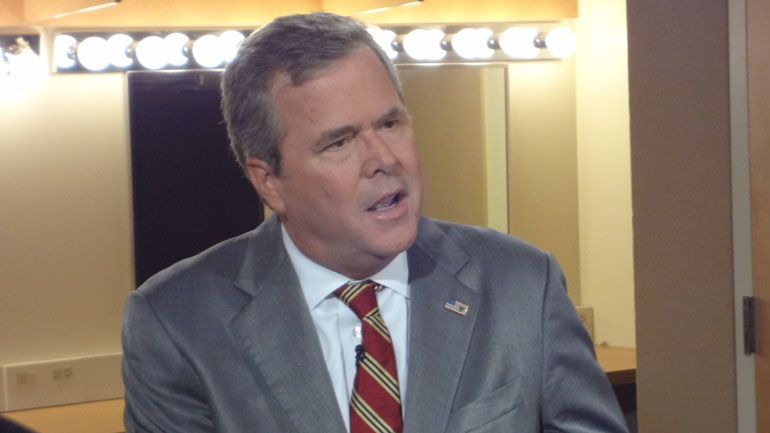 “In Florida you can defend yourself anywhere you have a legal right to be,” Bush said. “You shouldn’t have to choose between being attacked and going to jail.”

Bush, who signed into law the first such measure as Governor of Florida in 2005, said that stand your ground has become a rightful legal model for states across the nation.

“We were often the model…because in Florida we protected people’s rights to protect themselves,” he said.

Speaking directly after former Governor Rick Perry of Texas, Bush sought to reaffirm his conservative credentials ahead of what is likely to be a contentious Republican primary contest.

Stand your ground laws were thrust into the national spotlight following the 2012 shooting of Trayvon Martin in Sanford, Florida, by George Zimmerman. The laws were used as legal justification for Zimmerman’s actions, as he claimed he was acting in self-defense.

Bush also took the opportunity to bash President Obama’s foreign policy, and implored him to “focus on taking weapons out of the hands Islamic terrorists, and not out of the hands of law abiding Americans.”