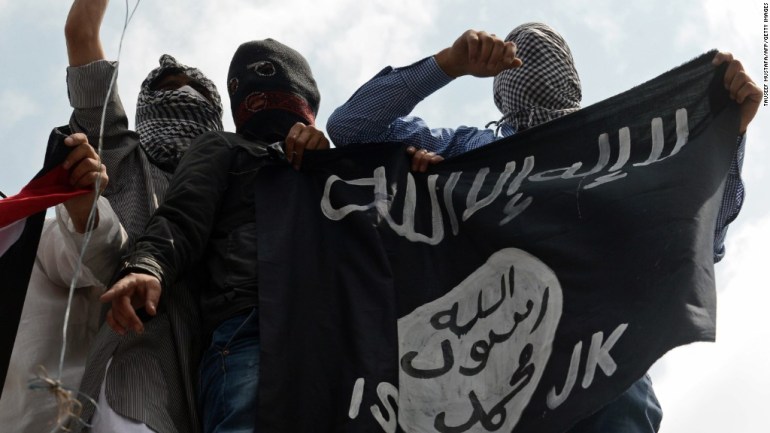 ISIS militants in northern Syria released at least 20 Assyrian Christian hostages on Sunday, according to Rami Abdelrahman, the chief of the London-based Syrian Observatory for Human Rights.

Abdelrahman has a network of activists on the ground in Syria.

ISIS captured at least 220 Assyrians, all Christians, on February 23 during an attack on the villages around the town of Tal Tamer in the northern Syrian province of al-Hasakah.

The Syrian Observatory said Saturday that a self-proclaimed ISIS court ordered the release, citing an Assyrian commander. The “court” told the commander that the fate of the other kidnapped Assyrians has yet to be decided by ISIS Sharia jurists.

The Syrian Observatory said its information indicates ISIS has taken the hostages to the Mount Abdelaziz area, southwest of Tal Tamer.

The founder of the Assyrian Human Rights Network, Osama Edward, puts the number of Assyrian hostages at more than 262. Edward is based in Sweden but has family in the area that was attacked, and says his information is from the network’s team on the ground.

The number of hostages has climbed steadily, from an initial estimate of between 70 and 100 people seized on Monday to 150 as of Wednesday, with women, children and the elderly among them.

The number of people executed by the terrorist group has also climbed steadily.

Since the declaration of its “caliphate” last June, ISIS has killed 1,969 people, the Syrian Observatory said Saturday. Nearly two-thirds of them — 1,238 people — were civilians.

Six were children and eight were women, the group said.

Of the rest, 95 were fighters from the al Qaeda-affiliated rebel group al-Nusra Front, the Syrian Observatory said, and 511 were officers and soldiers of regime forces.

ISIS also executed 125 of its own members for “exceeding the limits in religion,” the Syrian Observatory said.

“We in SOHR believe that the real number of people that had been killed by (ISIS) is higher than the number documented by SOHR because there are hundreds of missing and detainees inside the (ISIS) jails, loss of communication with about 1,000 men of al-Shaitaat tribe, (and) dozens of Kurds who have still been missing” since ISIS attacked the Syrian town of Kobani in September.

DES MOINES, Iowa – The Iowa Department of Public Health’s website shows the state saw four more COVID-19 deaths over the 24-hour period between 10:00 a.m. Tuesday and 10:00 a.m. Wednesday. It also shows only 166 individuals were tested in that same period of time.

The data from the IDPH shows there have been 564 total deaths from the coronavirus in the state so far. Of those deaths, 283 were residents of long term care facilities.