Altoona Elementary evacuated its students around noon after an automated phone call threatened a bomb in the school. A few hours later, the West Des Moines School District evacuated Valley High School for a similar threat.

West Des Moines Police Sgt. Jason Bryan says authorities are working to determine if the threats at the two schools are related.

"When we have something in the metro that’s very similar, we're going to see if it's connected at all," he said.

For parents, the news is keeping them on edge.

Scalco’s son, Christian, said he thought it was a drill when school officials took the students to the nearby church. He also said he didn’t understand why someone would threaten his school.

“I was just like, why would anyone want to bomb this place? What made them do that to us?” Christian said.

Other threats have been reported outside central Iowa and even across the nation. 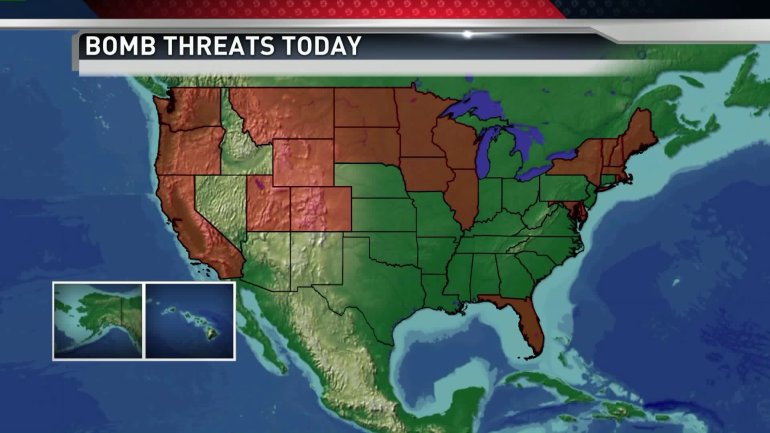 In northern Iowa, KWWL reports that authorities in Marion are investigating a bomb threat at Linn-Mar Excelsior Middle School. Students were evacuated and moved to a nearby park.

Students in Murray, Utah were evacuated after a bomb threat was called in about 1 p.m. CDT, Fox 13 reports. In Dallas Township, Pennsylvania, two threats were called in. Both threats were given by an automated computer voice, WNEP reports.

Schools in surrounding states are also receiving bomb threat calls including Colorado, Wyoming and Wisconsin, according to KKTV in Colorado Springs.

A threat of terrorism charge is a Class D felony and carries a maximum sentence of five years and a maximum fine of $7,500 under Iowa law.

The cost of the loss of instructional time for students and for law enforcement time and emergency response personnel has yet to be calculated.

It's worth noting that while first responders are dealing with these hoaxes, it takes away from their ability to respond to actual emergencies.