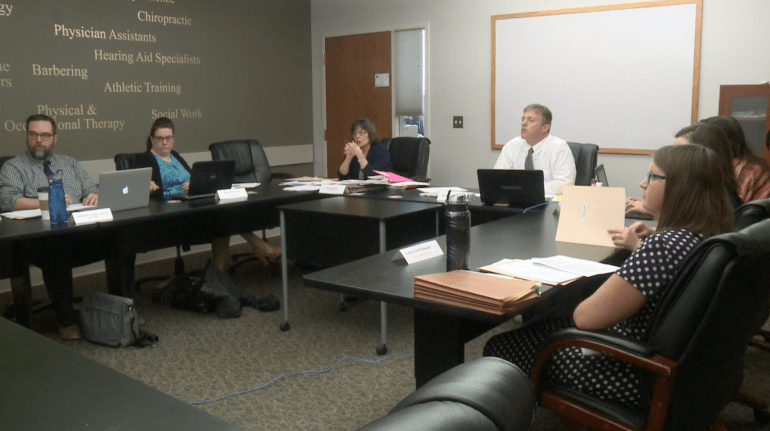 DES MOINES, Iowa – The Iowa Board of Psychology unanimously voted down a proposal Friday to ban gay conversion therapy in its administrative rules.

Board members all expressed support for banning the controversial therapy method, but said the place to do so isn’t through a professional board, but rather through the state legislature. One board member cited national associations who have published reports on the subject as an example for his decision.

Advocates for the ban spoke to board members at the meeting Friday morning, citing studies that indicate one-in-three LGBTQ Iowans are placed into gay conversion therapy; they also cited statistics showing an increased risk in suicide for conversion therapy patients. While board members called the practice unscientific, they maintained that it was not their place to ban it outright in the state; rather, they explained to advocates that the board’s ethical code called for disciplinary action on the matter “on a case-by-case basis,” also citing a lack of evidence that the method is used in the state at all currently.

Advocates say they understand the board’s decision and are shifting their focus to state lawmakers in the coming 2017 legislative session.

“I could understand their board’s thought process; and going through the administrative rules process, we knew was going to be an uphill climb, but we still have the legislative process,” said Nate Monson, executive director of Iowa Safe Schools. “And it passed the Iowa Senate last session, and we hope to get it through both chambers. Governor Branstad’s office has spoken more positively about something like an outright ban. It’s a bipartisan issue – Governor Chris Christie signed it into law, the Republican governor of Illinois has signed it into law. So, it’s not a Republican versus Democrat issue.”

The Iowa Board of Medicine is also studying the issue.

Which Valentine’s Day gift will be the most popular …

Before picking up the conventional bouquet or box of chocolates, here are seven Valentine’s Day gifts that will be the most popular in 2023.

How to stay inside this Valentine’s Day by ordering …

No matter which wine you’re looking for this Valentine’s Day, from cabernet to pinot grigio, you’ll be able to find it online.

Since a romantic meal is the focal point for many couples on Valentine’s Day, having the best table decorations is crucial to creating the proper mood.

Couple Hired Teen to Babysit, Then Forced Her to …