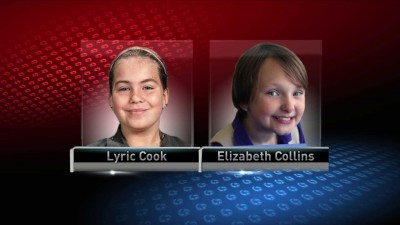 In February 2015, investigators say they believe whoever was involved was familiar with the Seven Bridges Wildlife area in Bremer County. The girls’ bodies were found in rural Bremer County in December 2012.

Authorities fielded hundreds of tips a year ago after the new information was released, but now that has slowed.

DCI investigator Mike Roehrkasse told KWWL-TV that authorities are still reviewing all tips. He still stresses the public to call with any information about the Seven Bridges area.

Elizabeth’s parents, Heather and Drew Collins, still communicate with investigators everything other week. They say even though time has passed, they hold onto hope the killer will be found.

“Justice will be served. I do believe that. It just takes time to go through all that stuff and all the information and all that,” Drew Collins told KWWL.

The Collins believe the girls were killed the same day they were abducted.

In April, one of the lead investigators into the abduction and murder was fired. Evansdale Police Chief Kent Smock was fired after only being with the department for three years.

Evansdale mayor Doug Faas said he could not release the reason for the firing, calling it a private personnel issue.

DES MOINES, Iowa (AP) — A top workplace safety regulator warned the Republican leaders of the Iowa Legislature that conditions inside the state Capitol are hazardous and may be exposing workers to the coronavirus, according to documents released Monday.

Russell Perry, administrator of the Iowa Occupational Safety and Health Administration, warned in a “hazard alert letter” dated April 13 that an inspection by his agency raised concerns for the potential of worker illnesses tied to COVID-19 exposure.

DES MOINES, Iowa -- Snow falls in central Iowa at some point during the month of April more years than not. That fact did little to lessen the dismay many Iowans felt when they looked outside Monday morning.

WHO13 Meteorologist Megan Salois shares more facts about April snow, and, sorry to say, May snow, in this look at today's pretty precipitation.

Bremer County Sheriff’s deputies said deputies were called to a field north of Waverly for a medical emergency on Thursday. They found Dale Clewell, 63, dead at the scene, KCRG-TV reported.

April Snow: Not that Unusual