WEST DES MOINES, Iowa --  Roughly 1,200 law enforcement officers from around the country, as well as the public, gathered to honor slain police officer Sgt. Anthony Beminio at a funeral service Monday morning at the Lutheran Church of Hope in West Des Moines.

Chief Wingert began his eulogy by saying he was completely heart broken and thanked his department for stepping up during this tough time. The Chief described Beminio as the perfect sergeant, both inside and out, and said that he made the department stronger. 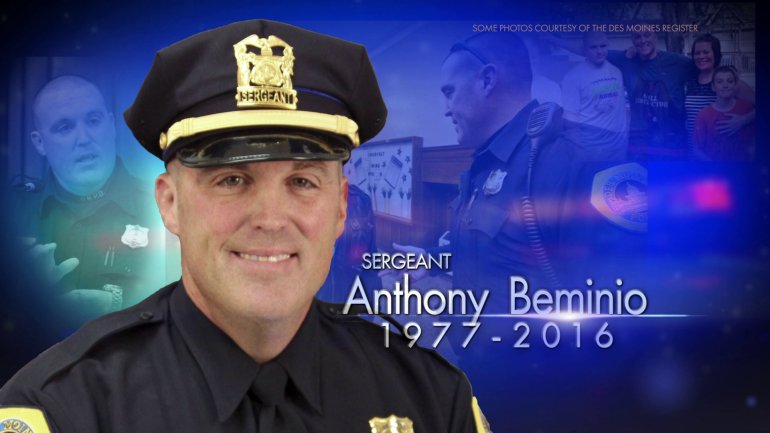 Sgt. Beminio was also known as a family man, always talking about his children and their activities. Chief Wingert also made a promise to Sgt. Beminio's wife and three kids.

"This DMPD family will close in on you and wrap your arms around you," said Chief Wingert. "They will always be there for you and take care of you. You will never be lonely or walk in fear. They know what their responsibilities are and they will not let you down. You have my word on that, I watch this happen every day. I know these people. They will not fail you."

The Chief added the strength of the Des Moines Police Department doesn't come from him. It's woven throughout the entire police department. He is also asking for the community to stay committed to its support of the department as it begins to move forward.