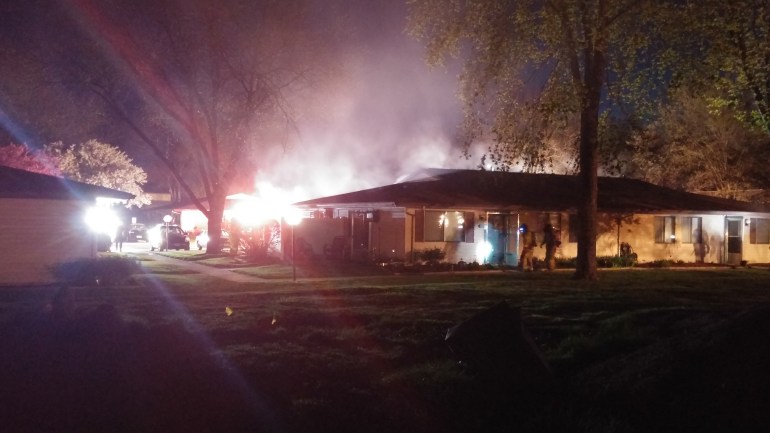 ALTOONA, Iowa — Fire crews were called to an Altoona apartment building early Thursday morning on a report of a fire.

The call about the fire came in at 4:47 a.m. and when firefighters arrived at Prairie Village of Altoona at 500 5th Avenue SW flames were visible shooting from the roof.

Fire officials say no one was injured in the fire and no one was home at the apartment where the fire began. The room the fire started in was destroyed.

The single-story building houses four apartments and the residents of the other apartments were evacuated.

Fifth Avenue SW will be closed for a few hours but is expected to open up before classes start at nearby Altoona Elementary School.

Crews from Pleasant Hill, Ankeny, and Bondurant assisted with the fire.

The cause of the fire is still under investigation.