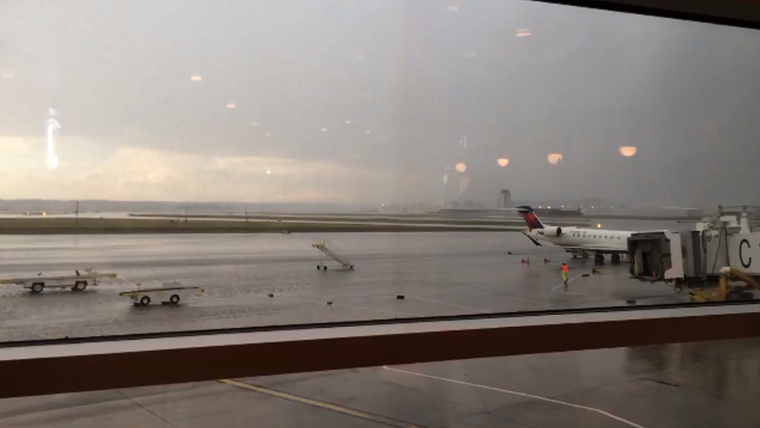 DES MOINES, Iowa – Brian Travers and Paul Snyder work a job that runs around the clock, 24-7, 365 days a year.

And the Federal Aviation Administration could be cutting it.

The weather observers at any given airport work from the control tower, identifying dangerous weather and ensuring overall safety on the runway. When you see the official temperature, or the inches of rain or snow at an airport – that’s coming from certified weather observers.

These meteorologists in Des Moines are the reason a brief tornado that formed during Wednesday’s severe weather at 3:30 p.m. was identified and reported so quickly. But as the FAA seeks to cut costs, it’s looking to slash the weather observer team at 57 – or about half – of its control towers across the nation. Where will those duties go? Either to an automated computer system, or shifted to the air traffic control team. Something Snyder calls a “bad idea.”

“Especially during bad weather events, when we are extremely busy, air traffic control is also busy,” he said. “So it’s a critical safety hazard, I think, to ask understaffed and overworked hours to take over our duties.”

Travers and Snyder also point out automated computer systems aren’t always reliable the way a physical meteorologist on the ground can be. Overall, they say their jobs are critical for the safety of the airport, and the costs the FAA would save by cutting them aren’t worth the risk.

“It’s at a minor cost-savings to the FAA,” Snyder said. “They have a multi-billion dollar budget, and they may be cutting , what, $20 million out of their budget by doing away with us.”

Snyder says the best way for the public to protect his job is to reach out to Iowa’s elected representatives; previous efforts by the FAA to cut the weather observer program have been quelled when congressmen and women speak up, he says.