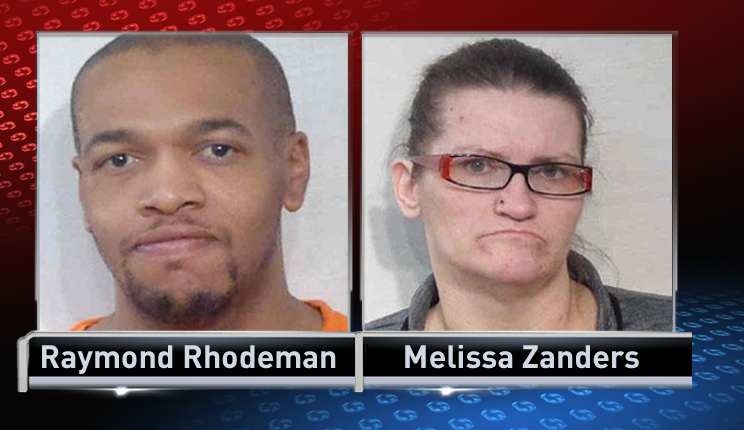 Authorities discovered methamphetamine, drug paraphernalia, firearms and cash. Officers contacted the FBI Joint Terrorism Task Force after discovering an unknown powder, which was identified at the scene as potassium cyanide.

Crews used Hazmat suits to deal with the cyanide, as it is a high toxic chemical.

Rhodeman and Zanders are currently being held in the Appanoose County Jail.

NEVADA, Iowa -- The global pandemic has hit small business hard everywhere. In the town of Nevada there was a double-whammy. The town also had its main street business district closed for reconstruction. To say business were worried, would be accurate.

Marc and Amber Olson are realtors in downtown Nevada. One day they stopped in at Eddit's Snacktime for a meal. They were discussing the upcoming road project with him.

Harris is the first woman to be elected Vice President as well as the first person of South Asian descent to hold the office. Harris' parents are both immigrants. Her mother came to the US from India, her father from Jamaica.

Mary Ann Christensen, board member of Christensen Farms and part of the family that owns the company, made the donation Dec. 29, according to the filing made public Tuesday.