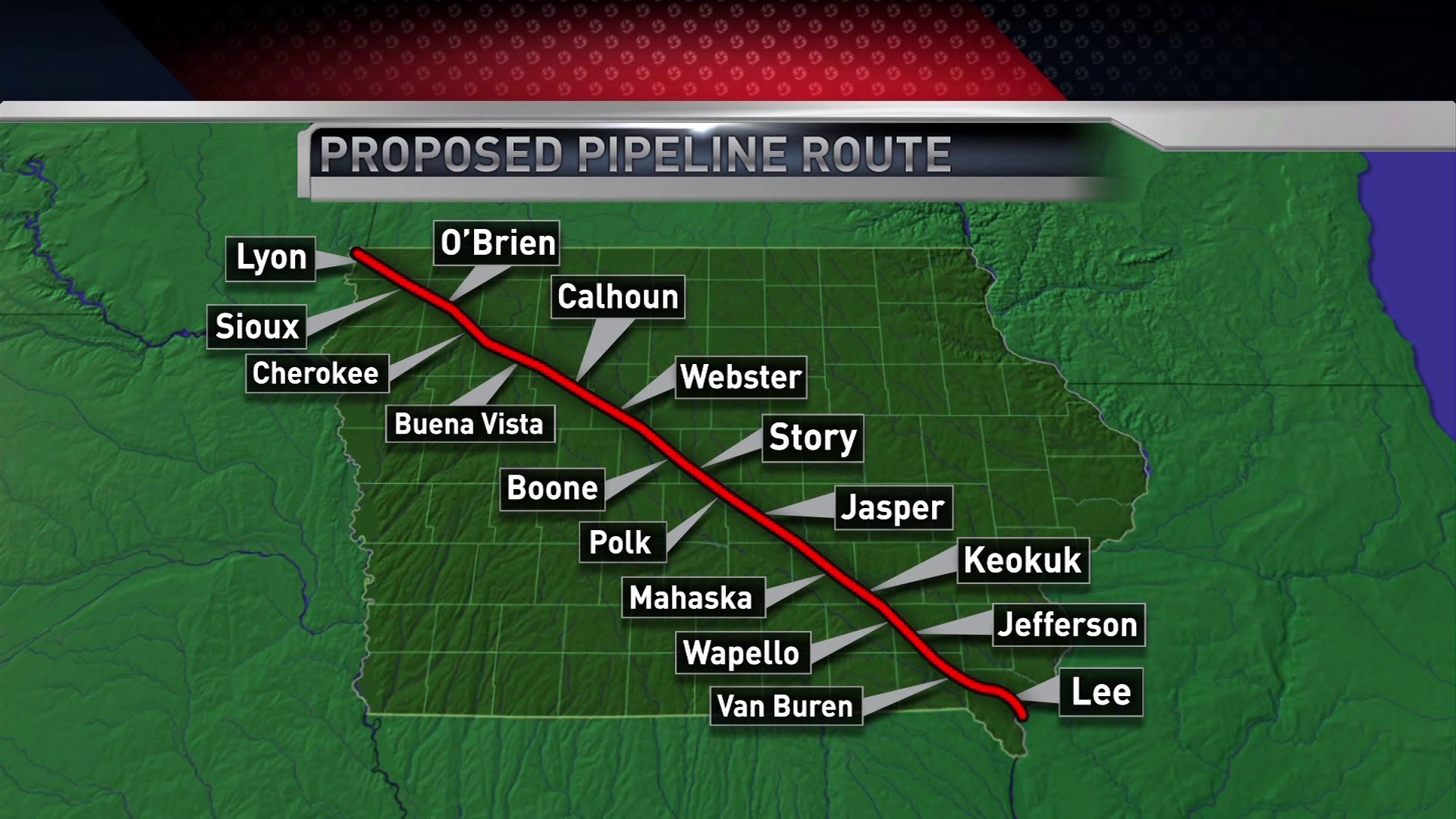 NEVADA, Iowa — A series of informational hearings on the proposed crude oil pipeline across Iowa are continuing this week. Meetings Monday were scheduled in the towns of Nevada, Boone, Sac City, and Rockwell City.

Prior to Monday’s pipeline informational meetings, members of the Laborers International Union Local 353 of Des Moines held a news conference at Nevada to tout the positive benefits of the pipeline.  Projections call for 4000 jobs as the 300 mile pipeline cuts across Iowa from northwest to southeast.

Al Womble of LIUNA Local 353 has worked as a health and safety manager on pipeline construction projects. “I’ve seen first-hand how pipelines can positively affect local economies by bringing business that fills local hotels, restaurants, grocery stores, and gas stations, with revenue,” said Womble. He also stressed how workers are trained and the pipeline is safety tested after construction.

On hand to ask questions at the meeting were members from the Baaken Pipeline Resistance Coalition. “We’re concerned about many things, including climate justice, social justice,  environmental impacts, and water quality,” said Ahna Kruzik of the Coalition.  Kruzik said the Baaken Pipeline Resistance Coalition formed recently in Ames with around 250 people attending their meeting. “We’re opposed to the pipeline,” said Kruzik.  “I think we know that oil is something we want to move away from, there’s alternatives we can look to.”

The final day of informational meetings will be held Tuesday at 9 a.m. at the Bridgeview Center, 102 Church Street in Ottumwa, and another at 9 a.m. at the Iowa Central Community College East Campus 2031 Quail Avenue in Fort Dodge.

State regulators with the Public Utilities Commission say formal documents cannot be filed with them regarding the pipeline until 30 days after the conclusion of the informational meetings.  After that it will take several months before formal public  hearings can take place.