DES MOINES, Iowa -- "The borrowing of tools, the altering of time cards, I can tell you that if I did that in my job here, I would be fired immediately," said Lynn Hakenson, a concerned parent, taxpayer, and Waukee resident. "And, it's our money that they`re wasting."

Hakenson calls the spending crazy and unreal, and he says the State Auditor's report that identifies the spending, shows that there's a lot of corruption going on.

"We`re always facing budget cuts," said Hakenson. "The School Board or the school systems are always complaining of how there`s not enough money and the state has reduced their percentage paying to the schools, but we go to retreats? $83,000 in retreats?"

The report uses the word "questionable" to describe the more than $128,000 worth of expenditures identified that were not in the taxpayers' best interest.

Amy Varcoe, Director of Communications for the Waukee Community School District, provided WHO with these photos of Superintendent Cindi McDonald's office. Varcoe said "the report was inaccurate in the cost of the office furniture, specifically regarding the superintendent office. Waukee CSD expanded and remodeled the entire District Office in 2016. The cost noted in the audit was part of furnishing the expansion, which included the Superintendent's office. There are not "lounge chairs" in there as you can see from the photos. On page 23 of the report, under Schoolhouse fund (capital projects) it spells out the costs for part of the entire office remodel." 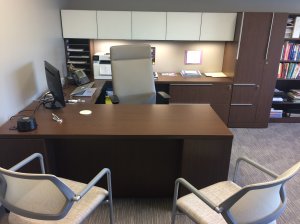 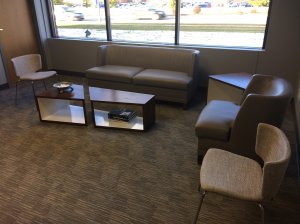 When asked if anyone would be facing consequences for what the report details, Varcoe provided the following statement:

"At this time, the contents of the report are under review.  District administration and members of the Board of Education will continue to review policies, procedures and review any recommendations included in the report to determine what additional actions may occur in the future.  Any consequences that may be under consideration for personnel will not be made available to the public at this time due to confidentiality laws. "

We also reached out to Wendy Liskey, School Board President for Waukee Community School District, seeking reaction to the report and its findings. In response to our inquiry, Liskey said, "I have not finished reviewing the report myself so I won't be making any statement until I've read through all of it."