CLIVE, Iowa — When you open your door on Beggar’s Night look for the blue pumpkins. Likely they will be carried by trick-or-treaters with autism. The hope is these blue pumpkins will bring awareness and kindness on what can be a difficult holiday for those with the disorder.

“Putting on a mask, wearing something that’s itchy, that feels weird, he was not interested in that. That wasn’t fun,” Dena Konrad said.

For Konrad’s 10-year-old son, Kylar, Halloween has always been a difficult time. 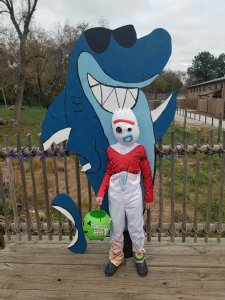 “He picks out his costume ahead of time and we wear it off and on throughout the month so that he can get ready for that,” Konrad said.

The mother prepares her son for the holiday as much as she can, but the night can still be challenging.

“The remaining issue we have is he gets tired of saying ‘trick-or-treat’ after the first couple of houses,” Konrad said.

And telling a joke or doing a trick, it’s difficult.

“There have been a few specific instances, I can think of a couple, where they withheld the candy until he would do a joke,” Konrad said.

That’s why Kylar will be using a blue pumpkin this Beggar’s Night.

“We will use it with the goal that we won’t need to moving forward because he will grow and we won’t need to do that. But I think at certain points it can definitely be helpful, and at least it got people talking about this. So even if it’s never a thing again, people now are a little more aware of it,” Konrad said.

The idea came about after a mom’s Facebook post went viral asking for a better trick-or-treating experience for her non-verbal child. Many, like Konrad, are joining in. Others feel it only singles their child out. 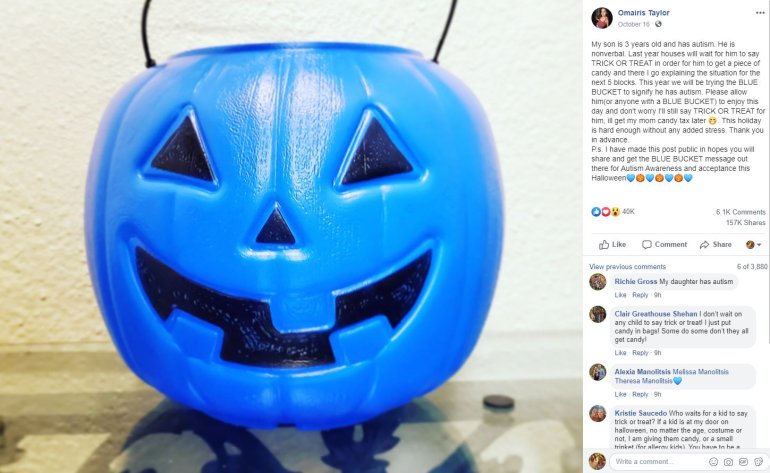 That’s why places like Balance Autism in Clive says the decision to use a blue pumpkin or not is up to each family.

“I hope that it just continues to allow the rest of the community that might not be affected by, or know someone with autism, to just understand we have a very wide range of neurodiversity. It’s not just autism out there, and everyone deserves patience and kindness,” Lindsay Ward,

“We want the inclusion. We want the acception. We want all of this, and I think that’s the goal of the blue pumpkin. It was for our kids to be seen and treated just like the other kids are,” Konrad said.”

Balance Autism says there is a wide age range of those with autism who enjoy trick-or-treating. So sometimes it can be older children or adults who have autism carrying blue pumpkins and partaking in the holiday.

This isn’t the only colored pumpkin that’s encouraging inclusiveness this holiday. There is also the teal pumpkin project that’s been around for years. Homeowners place a teal-colored pumpkin on their front porch, letting trick or treaters know there is a non-candy option available for kids with a life-threatening food allergy.

ChildServe says they bring up inclusive trick-or-treating each year for all children and young adults who have a wide variety of developmental delays, disabilities, acquired injuries, and other special healthcare needs. 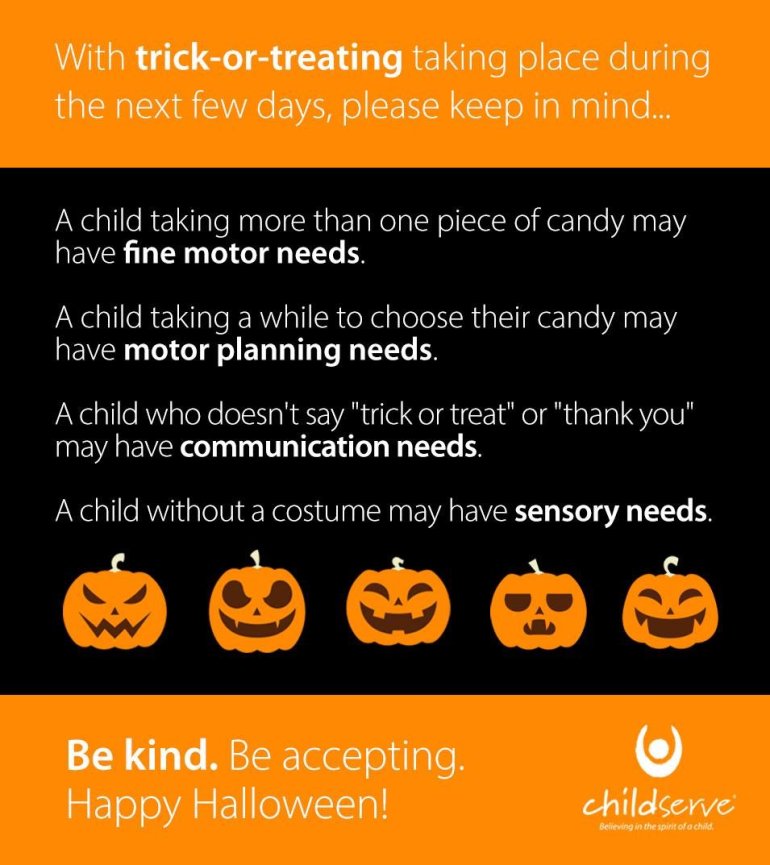 ‘If you build it, they will come’: Field of Dreams …

Preparing for an historic performance

How to help and prepare your pets for fireworks

See when storms could threaten your Fourth of July …

6-year-old dies after being hit by front-end loader …

Brownells sued by state of New York over ‘ghost guns’