Happy Tuesday!
It’s Trisha getting things started today. Pat will fill in some of the blanks.
First, a question for you all:

I’m curious, readers – what are your favorite online news sources? What do you do first in the morning?
A. Flip on the TV,
B. Check the newspaper
or C. Check online?

I think on a non-work day, my list would go paper – TV – internet. But I’m a news junkie! Maybe more of you just use one source for news in the mornings. We’ll be interested to read your comments!
(Pat here):I’m an internet guy

STILL MISSING FROM GRINNELL
It’s been exactly one month since Paul Shuman-Moore went missing. His family is holding a vigil at his church in Chicago today. They say his so-called “suicide note” could also be read as a message that he just wanted to disappear for a while. They are holding out hope that he’s still out there alive. Call Grinnell PD at 641-236-2650 if you have any tips.

…AND STILL MISSING IN IRAQ
No luck yet finding the Army interpreter missing in Baghdad. I read that he didn’t have permission to leave and visit family members, which is what he was doing when he vanished.

FLU SHOTS SAFE FOR BABIES
Good news! The biggest test ever on flu shot side-effects for children found babies and toddlers (age 6-23 months) don’t have a high risk of nasty side effects from the vaccine!
I always dread any vaccine for the kids just because of the potential side effects…Not to mention the wailing after the needle-stick! So awful to go through, but worth it if it keeps your kid healthy. This reminded me I must make my kids appointments to get a flu shot! There’s just so much to keep track of, I keep forgetting!

Starting today, a new government policy takes effect allowing public schools to separate students by gender, if they think it will help academic performance. Some advocates say test scores improve, and girls especially excel in science and technology areas when you keep the sexes separated. Women’s rights groups (including NOW) vehemently oppose this idea, saying segregation is a step backwards, and girls and boys need to learn how to interact with the opposite sex in order to be successful in the real world.

I’m wrestling with my own opinion on this. I guess I’d prefer my kids to be in blended classrooms that are sensitive to gender issues, learning styles, etc. But it wouldn’t bother me if parents were allowed to chose a same-sex classroom for their kids.

Here are a few links with more on this controversial issue:

(Pat again): I guess I feel like anything that shoves two diverse groups of learners like girls and boys off into their own category isn’t a wide idea. I understand there are differences in the way boys and girls learn. What I don’t understand is…What do you do with the overacheiving boy or the underachieving girl? Wouldn’t a system like this simply exaggerate those differences within the group? Recognizing differences in the way we all learn is a good idea. But what’s next? Should we put all the visual learners in one class, then move all the people who learn well by memorizing into another? Maybe a class for auditory learners? One of the other things we LEARN in a diverse group, is how to develop other learning skills. The smartest girl in the class my be the only person who can explain a concept effectively to an underacheiving boy. As someone who is mildly learning disabled (Yes, I was one of the kids taken out of class to go to special ed), I always appreciated someone trying to stretch my ability to internalize a concept in different ways. I needed the smartest kids in the class. I think they needed me too.

GET YOUR PASSPORTS!
Liz was live at the airport with this story today – I’m glad she didn’t hop onto a plane to go somewhere warmer!

Starting in January you need a passport to travel by airplane ANYWHERE outside the US – including Mexico and Canada. Passport officials say get it done now if you have holiday travel plans…It takes 6 weeks to get your passport. If you’re DRIVING across our northern or southern border, you have another year before you’ll need a passport.
Ian and I drive to Ontario, Canada at least a couple times a year to see his family. (Oh yah, I have Canadian in-laws, eh?) We got passports for the kids last spring, figuring pretty soon we’d need them to cross the border. The process is a bit of a pain, and expensive, but that’s the price of Homeland Security, I guess.

AAA in West Des Moines on 30th street is offering free passport photos tonight from 5pm-7pm. That’ll save you about $10 per photo.

WHERE TO GET ONE…
http://iafdb.travel.state.gov/ 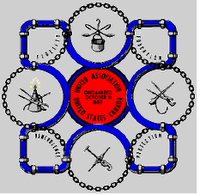 A cool tidbit of info we shared this morning – there’s a 25-foot sculpture being dedicated today at the Plumbers’ and Steamfitters union hall on Bell Ave. In Des Moines. It looks cool – a giant wrench with hands pulling it. 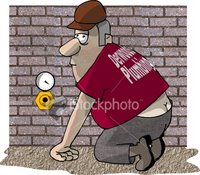 Jeriann confided in me that she was afraid to mention this on the air for fear of offending any hard-working plumbers, but all she kept picturing was a huge sculpture of “plumber’s crack.” (I’m sure plumbers are used to being the butt of that kind of joke. Sorry, ahem.) Jeriann’s mind works in really strange and hilarious ways. I guess mine does too sometimes. Speaking of that… 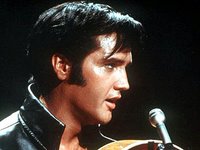 As the resident Elvis nut, this really hit me where it hurts today. Elvis is no longer the biggest dead-celebrity earner. Forbes.com Says Nirvana singer Kurt Cobain outearned Elvis in the past year with $50 mil.
I say Elvis shouldn’t have been on the list in the first place, since he might still be alive and well – hiding out somewhere, maybe working in a convenience store, or better yet – entering Elvis karaoke contests! 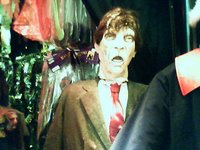 I’ll repeat the plea I put in a comment yesterday – if anyone can find a link to a website where I can see animated pictures of Calvin’s crazy zombie, who apparently is marketed as “Hungry Harry” – let me know! My dad found one, and says he emailed it yesterday, but it didn’t come through for some reason, so Dad, if you check this today, send it again, okay? Calvin is desperate to see Harry grunt, shake, and say..”Hungry, hungry…braaaaiiinsss.”
I did show him the “Thriller” video yesterday, now he’s asking again and again to watch “the-rilla” (kind of like gorilla).

Gotta head out “on assignment” now – have a good Wednesday and thanks for reading!
Trish