Trisha here. I’m going to throw a couple of items on the blog before running home to relieve my illin’ husband of kid duties! (he’s in no shape to handle their energy today, unfortunately)
Pat here…Sally and I talk about having, “ohhh wouldn’t it be nice to have kids…moments…And , “nope…Not feeling like havin kids” moments.
This would go on the negative side. I admire Trish and Ian and all the parents out there who constantly juggle the responsibility of being a parent with the desire to live your life, have a career, and some fun. I was happy to do our Today Show cut-ins this morning…They don’t need changing, they don’t spit up on me, they don’t throw temper tantrums…And they’re done by 10 am.

In our newscast today:

Laramie Protests planned
The Laramie Project opens tonight at Valley HS in WDM. Rev. Fred Phelps’ “church” group from Topeka has filed plans to protest Saturday and Sunday, at the school AND at 6 WDM churches. The church members are taking the high road – praying for Phelps at a service last night, and vowing to show “love” rather than get involved in the hate dialogue Phelps is famous for.
The play, by the way, is sold out, except for the matinee performances. I’m told the kids are just focusing on having good performances, and audience members are urged NOT to get into it with the protestors, no matter how tempting it is.
Here’s the deal with these guys…They come in…register to protest and if they don’t get protection from the city…They sue.
If you’ve ever seen the process when a city gets sued…The city most often settles.
It’s cheaper for taxpayers to shell out the 10-thousand bucks in a settlement than it would be to involve the city in a long lawsuit. The Phelps crew knows this and counts on it.
$$$ is the motivation here…Not salvation.

It’s a 2-Way Street
Court Avenue is going from a 1-way to a 2 way tomorrow! Businesses hope it will encourage people to linger longer. Watch for the new back-in angled parking spaces – said to be easier to handle than parallel parking. They’ll take some getting used to, I’m sure.

Let’s hear it for the girls…
Check this out – the Dept of Education is forcing cheerleaders in a New York school to cheer for girls sports as well as boys’. It all started with a parent complaint that the girls’ sports weren’t getting as much support. Pat went nuts when he heard this – I’ll let him expand upon his reaction.
I kind of like the idea of ENCOURAGING voluntary participation in a girls’ cheerleading squad – opening up tryouts for cheerleaders who want a chance to cheer for the girls, and see if it flies.

But I think when you FORCE changes like this, they’re bound to be met with an ugly backlash. Maybe the boys’ basketball teams could show up on the sidelines and make up their own “manly” cheers for the girls? Could be funny, and add some life to the games! I do like the thought of getting people more fired up about girls’ sports, I just think there are better ways to do it.
Here here Trisha. We had a good conversation on the set about this during Today in Iowa. Brad Ehrlich played Devil’s advocate. I was nearly foaming at the mouth by the end of the thing. This kind of stuff makes me crazy. Equal opportunity should not be about taking away from one group. It should be about opening opportunity to all groups. Trisha’s open try-outs are a great idea. The facit that a parent is upset about the promotion of women’s sports in a high school should not be a reason to take cheerleaders away from the boys sports. Promotion works if the product is good. The marketplace should dictate this. If women’s sports put on an entertaining product, they get attention, crowds and dollars. Ask the Iowa State women’s basketball program, the Tennessee women’s basketball program and the Detroit WNBA team. All of them draw huge crowds and have loyal fans. We had a great girls basketball team in HS and I went to a lot of their games. The gym’s were packed. Same deal for Volleyball. My motivation was a little different for going to those games…I was after the team captain.

CHRONIC FATIGUE
We have no perspective on this. Anyone who works a graveyard or early early morning shift like most of us do feels pretty chronically fatigued, but the real medical disorder is getting news time today. The CDC is launching an awareness campaign today. They say just 20 percent of people who have chronic fatigue have been diagnosed. Click here to see if you have a real problem, or if you, like us, just need to sleep more!

Throw Down!
Has anyone seen the new sports promotion? It’s gut-splitting hilarious…. These guys are funny in a way Iwill never be. This is not bragging. It’s like the Bulls when they were winning all those NBA Championship rings…The lakers were a good team…they just weren’t the Bulls.
It’s not that any other sports team is bad…our guys are just too good.

WEEKEND PLANS
I bet Pat and Jeriann will have a more exciting weekend ahead to tell you about…
I WAS looking forward to a real date with Ian, to go out and see some bands play Saturday night. I hope whatever nasty bug got him goes away by then, or our hot date may be on the couch! 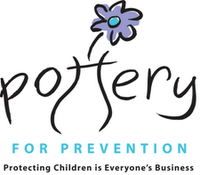 We too have big plans. Sally and I are headed to the Prevent Child Abuse Iowa Pottery for Prevention fundraiser tonight. Two of our very close friends are on the organization’s board so we’re honored to be invited. They have some cool packages that they auction off with a unique piece of pottery. I tell you if we win anything Monday.

I’m also excited to say I might get a new car over the weekend. I’m driving the car I got right out of school along with my first job. It’s been a great car…126 thousand miles of memories, but it’s time to get something that can get me through the snow at 2am.

Don’t get jealous here guys but Sal’s feelin’ spendy this weekend so we might get a new TV too. The picture tube is blown on our TV so every time we see white it’s like some sort of acid trip dream sequence with angels (all my co-workers are laughing right now…like i’d know what an acid trip looks like!).
We’re not going overboard…Just something we can watch with a clear picture.

We’ll be watching the Iowa/Northwestern game and the Nebraska/Missouri game with our friends the Kramers.
Dan is my TV idol. He got like 42 TV’s in his house. I think they set the TV’s up so you’re never out of the line of site of at least one. They are awesome hosts and we always have a crazy good time with them. They are, however, Nebraska fans so we’ll be smack talkin until Missouri blows it.
Speaking of Nebraska fan…Maybe I should throw down with Erin Keirnan about this. She’s a Husker. I never see her anymore but it will be fun to have another Big 12 matchup to talk about every football season. Go Cats…Go Tigers!

See you all Monday –
Trisha and Pat